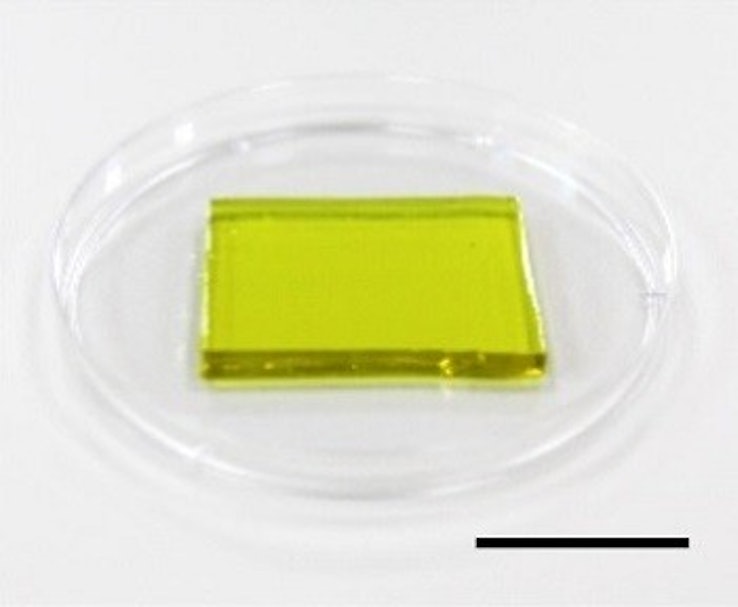 Researchers have created a thin hydrogel film that is capable of cooling batteries and simultaneously converting the heat they generate into electricity, according to a paper published by the American Chemical Society. The hydrogel could be an incredibly efficient way to cool batteries, increase their capacity on a charge, and extend their overall usable lifespan. That could prove especially useful in electric vehicles, e-bikes, and electric scooters, which could turn that increased efficiency into greater range.

Researchers tested the technology by placing a hydrogel film with a thickness of 2mm onto a cellphone battery. They found it was able to decrease the temperature of the battery by 20 degrees Celsius and collect 5 microwatts of electricity. In the simplest terms, when a battery starts transferring its heat to the gel, ions contained within bounce electrons between electrodes in order to create electricity. The gel loses its water content in the cooling process, so it's also been engineered to replenish itself by collecting water from the surrounding air.

Regenerative technology — What we're seeing here is a very early, experimental concept. 5 microwatts aren't enough to keep your smartphone charging faster than it discharges, but the potential is there for some pretty useful regenerative technology. Electric cars already feature regenerative braking that converts a vehicle's kinetic energy back into electricity.

Theoretically speaking, surrounding an electric vehicle battery in this gel could not only extend the range on a single charge but also ensure the battery's longterm overall health. Overheating damages batteries, so carmakers like Tesla have to engineer different ways to dissipate heat, like heat pumps, or cooling pipes that carry water-based coolants.

Cooling batteries with fans is also common, but that method requires electricity to work. The hydrogel film does not, meaning it's incredibly efficient at cooling, if not yet effective at capturing electricity. But this is only the first generation of the technology, so it's possible it'll improve in time, especially if a deep-pocketed company like an automaker decides to pursue further research.

Battery fundamentals — It's important to understand that, nowadays, any increase in battery life we get out of our electronics is largely thanks to efficiencies in how they work, or in how we use them, rather than due to increased capacity or efficiency. The fundamental chemistry of lithium-ion batteries has made it difficult to pack more energy into a cell, so companies like Apple and Tesla either have to engineer their products to use less of it or make batteries larger.

The iPhone's battery's capacity hasn't changed much in years. Instead, Apple has engineered iOS to do things like intelligently quit apps when it notices you're not using them, and to use less power overall in conjunction with ever more efficient processors.

It may be a long time before batteries are subject to a breakthrough that'll vastly improve them. Until then, technologies like the hydrogel film could help extend the lives of our gadgets, and how far our EVs can go.