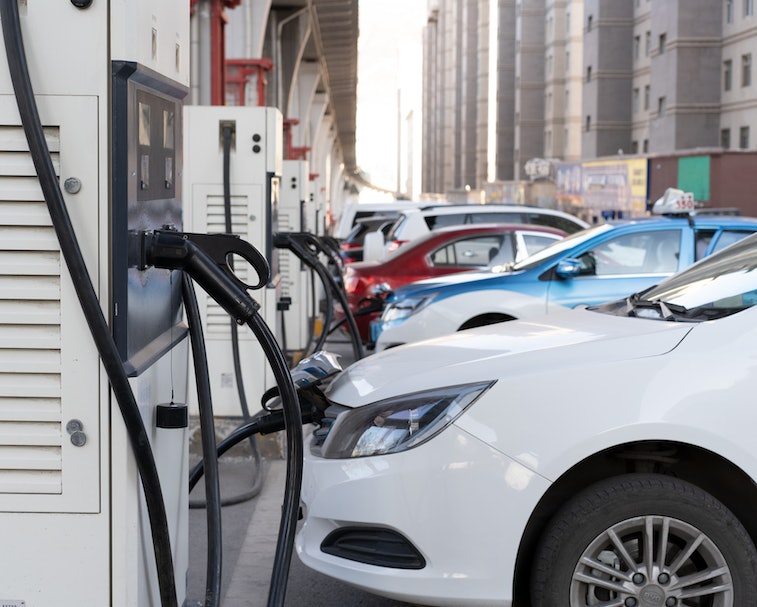 Access to charging points has improved dramatically over the years for electric car owners. But because many EVs charge quite slowly, owners often juice them up overnight while they sleep. For urban dwellers without a driveway that's not really an option. To change this, officials in Toronto recently partnered with a local energy supplier and charging provider Flo on a pilot project to install 17 chargers across nine of the city's neighborhoods.

Ease of access — To do this, the city could have installed standalone units, but to keep installation costs down they instead installed the chargers in existing utility poles. The same concept has been adopted in London, where Siemens decided that installing dedicated stations would've been too expensive and disruptive to city life.

That's yet another nice thing about electric cars over gasoline vehicles, besides zero emissions — the basic infrastructure to charge EVs — electrical wiring — is already ubiquitous. It just takes some initiative to connect the last piece of the puzzle: the chargers themselves.

Those chargers in London are quite slow at 5.5 kW, taking upwards of 10 hours to fully charge a Nissan Leaf. The chargers in Toronto are Level 2 and can offer more like 7.2 kW of charging power. EV owners who want to use the new charging points overnight will need to have a permit proving their residency, and pay $2.26 per night for usage. During the day, the chargers will be available to anyone at a price of $1.50 per hour.

Accelerating the switch — We've seen other initiatives to ease the adoption of electric vehicles in cities, such as free charging stations for electric bikes and scooters. Cities are where EVs are most immediately needed because it cuts down on air pollution, and urban areas tend to mean shorter trips and no range anxiety for EV owners. Installing chargers can help city officials reach their environmental goals while also making chargers as commonplace as gas stations.

The U.K. and Californa both have a goal of banning the purchase of new gasoline vehicles by 2035. To reach that, far more infrastructure for charging is going to be needed.

In a survey, more than 71 percent of Toronto residents said they were likely to buy an EV in the next five years, and more said they'd consider it if more charging stations were available.

The Toronto pilot will last a year and could be expanded in the future. Hopefully they will because 17 chargers isn't very many. The city was home to 6,200 EVs in 2018 and the number has kept climbing.