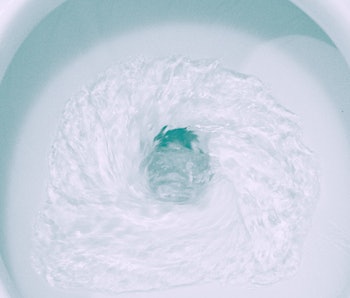 Twitter is removing Fleets from its service on August 3. The company made the matter-of-fact announcement in a tweet today, where it cheekily acknowledged that the feature for sharing disappearing tweets didn’t take off.

“We’re removing Fleets on August 3, working on some new stuff,” it wrote. “We’re sorry or you’re welcome.” It’s OK, Twitter, there was only room in our hearts for one product called Fleets, anyway.

Learnings — When it launched Fleets just a few months ago, Twitter hoped the feature would function as a low-pressure way for people to “join the conversation” and share their thoughts. Twitter is already a platform for sharing brief, real-time views on things happening in the world. But many users may worry about their opinions being on the public record and feel pressure to share only their final, definitive thoughts on a matter. Fleets was supposed to change that by introducing the popular ephemeral stories format to Twitter.

Users could share their raw — fleeting — reactions to an event, and they would disappear after 24 hours. The hope was that more people would tweet and engage on the platform as a result.

But perhaps ironically, Twitter says it found that the users who adopted Fleets most were actually power-users, not the gun-shy tweeters it was hoping the product would resonate with. “Since we introduced Fleets to everyone, we haven’t seen an increase in the number of new people joining the conversation with Fleets like we hoped,” Twitter wrote in a blog post.

Product experimentation — That Fleets was killed off as quickly as it was might actually signal a good thing. Twitter for years was considered too slow to innovate and create new features — the service looked largely the same for years, whereas apps like Instagram are constantly changing. But of late, Twitter has made a 180-degree turn and has been introducing new features at a rapid pace. Even though Fleets failed, Twitter is still developing its audio chatroom feature, Spaces, and other products like paid newsletters.

New products can help Twitter stay relevant and bring in new users who might not like the dense volume and high-speed movement of the main timeline. But one risk of speeding up product development is that Twitter could stray too far from its core, real-time discussion service and alienate long-time users. Fleets never felt like a natural fit inside Twitter because its full-screen, image-based experience is not really conducive to the types of text-based discussions that happen on the service.

Twitter says it will take some learnings from Fleets and use them elsewhere. It said that most Fleets included photos and videos, and Twitter will be introducing some of its composing features, like text formatting options on pictures, into standard tweets.