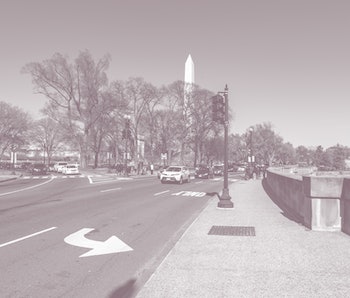 It looks like tourists and diplomats will soon have a new way to sit in traffic in the nation’s capital. Today Uber announced it will be bringing its self-driving technology to Washington, D.C. It’s the first expansion Uber has made into the autonomous vehicle market since it purchased 600 acres of land in Pittsburgh in December to continue testing its self-driving cars.

Uber says safety first — Besides announcing the project’s expansion, Uber’s main concern in the blog post is ensuring customers that every precaution is being taken to ensure rider safety.

“While we’re excited about the possibilities, we remain committed to ensuring that every mile we drive on public roads contributes safe and meaningful learning to inform our development work,” Uber said in the post.

The company also spoke to its mission to work with local stakeholders and city officials to keep the Washington, D.C. community in the loop as the project moves forward.

The project has a lethal past — Before its December land purchase, Uber had all but stopped its research on a self-driving fleet. That’s because of a fatal self-driving Uber crash that killed a woman in Arizona in 2018. In the 18 months leading up to that crash, 37 other crashes were reported in autonomous Uber vehicles. So it’s no surprise the company wants its customers to be reassured about its safety precautions.

A phase-based rollout — The announcement doesn’t mean District residents will be able to hop in a self-driving car to Trader Joe’s just yet. Uber makes it clear in its announcement that the self-driving cars will be entering the city on January 24 for mapping purposes only. They’ll all be manned by what Uber calls a “Mission Specialist,” which is apparently the elite name for someone who drives a mapping car.

It’s unclear how long the phased rollout will take, or if it will even guarantee the autonomous cars are deployed in D.C. Uber will need to move fast to keep up with competitor Waymo’s expansion.