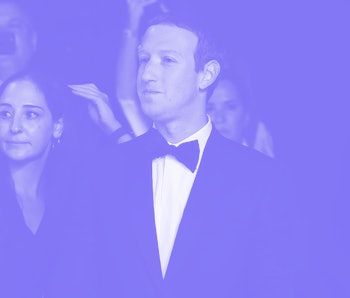 Facebook has announced changes to political ads on its platform, and they’re not exactly sweeping. While it’s still declining to limit how ads are targeted, Facebook will allow users to choose to see less of them. If you’d like to opt out entirely, well, that’s still not an option.

The company came right out and acknowledged that it isn’t taking as bold of measures as Twitter, where political ads have been banned entirely, and Google, which is limiting targeting for such ads to broader categories like sex, age, and zip code. Instead, Facebook says it’s focusing on “transparency.”

A weak explanation — ”Ultimately, we don’t think decisions about political ads should be made by private companies, which is why we are arguing for regulation that would apply across the industry,” Facebook said in a statement.

Specifically, Facebook says it endorses the Honest Ads Act. But the Honest Ads Act is fairly tepid. It wouldn’t place limitations on targeting ads online; it merely requires large platforms to keep public records on political ads and take steps to prevent foreign interference. Supporting this act gives no indication that Facebook would support policies similar to Google’s if enacted by the government.

Don’t expect criticism of Facebook to subside in wake of this announcement.

More like this
Andrew Paul
7 hours ago
Autopilot
Tesla steps on the Autopilot accelerator as gov’t probes fatal crashes
Will Gendron
5.12.2022 12:00 PM
Yikes
El Salvador's bet on bitcoin has been as volatile as expected
Andrew Paul
5.11.2022 7:50 PM
Iconic
This summer’s vibe is a $400K Zillow listing collapsing into the ocean