Spotify Premium subscriptions rose over 20% during the pandemic 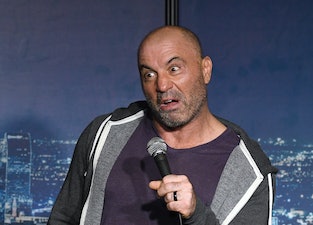 The number of paying subscribers as of 2021, according to Spotify's new earnings report.

Spotify technically may not be earning much profit right now (which it swears is totally fine), but the audio streaming giant is certainly raking in new customers. According to the company’s new Q1 2021 earnings report, the number of Premium subscription users skyrocketed to over 158 million, up an impressive 21 percent from this time last year. In total, around 358 million active users are listening to Spotify each month — almost 25 percent more than in 2020.

It’s not just screwing over most artists that Spotify can count on for its success: the company specifically gave a shoutout to The Joe Rogan Experience, which it now exclusively licenses, for having “performed above expectations.” We’re sure relying on and supporting such an uncontroversial figure will end well for everyone involved.

Taking a huge bite out of Apple — Spotify has been gunning for a larger slice of the podcast market for years, but its most recent pushes are some of its most aggressive — and potentially successful — yet. Recently, the company announced a one-two punch aimed squarely at Apple. First, the reveal of a similar podcast subscription service, followed by the interesting addendum that it won’t take any cuts of the podcasters’ profits until 2023 (at which point a 5-percent tax will kick in). Spotify is betting the discount will sway more clients away from Apple, which takes 30-percent from podcasters’ first year, and 15-percent annually afterward. Normally, we’d cheer any blow to Apple’s hegemony and “mafia” tactics, but... this is Spotify we’re talking about here. We’re sorta caught between a Rock and a Hard (Rock) place.

Spotify is listening to other competitors (and you), too — It’s not just Apple that is feeling the heat, either. With announcements like a new live audio program to rival apps like Clubhouse, as well as a high-fidelity streaming service it hopes will cut into Tidal’s audience, it’s clear Spotify is hoping to expand into seemingly every facet of the music and podcast streaming industries.

Of course, as with any of these tech giants, with great power comes great... abuse of that power. From proposed plans like listening to your voice to suggest music according to your perceived mood to replacing artists with AI-generated music, along with its recent “personality” patent, it’s clear Spotify isn’t aiming to simply be the end-all-be-all audio streaming purveyor; it’s looking to amass vast troves of personal data. What it does with that information remains to be seen, but it is certainly something to keep in mind in the months ahead.