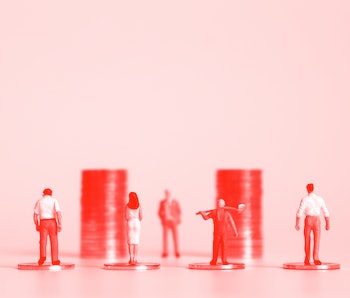 On Friday, three of the podcast companies Spotify has acquired in the past couple of years staged a two-hour work stoppage, according to Motherboard. Gimlet Media, The Ringer, and Parcast streamed the “walkout” on Twitch in a show of solidarity ahead of contract negotiations next week. Spotify has spent nearly a billion dollars getting into the podcast industry, and one of the demands all three unions are putting forth center on fair compensation.

Unions are knocking on Big Tech’s door — As technology and media continue to collide, both industries’ approaches to labor are chafing against each other. Though media unionization is by no means an effortless task, it’s an industry comparably more amenable to collective bargaining than tech companies.

Gimlet unionized after Spotify acquired it, The Ringer had already begun unionizing when it was bought, and Parcast joined the party in September. Spotify also bought podcast hosting platforms Anchor and Megaphone (previously Slate’s Panoply) in its bid to dominate podcast streaming. Notably, only the content-producing companies have formed unions, and all have done so with the Writers Guild of America, East (WGA-E). (Disclosure: Bustle Digital Group (BDG), Input’s parent company, has also unionized with WGA-E. J. Fergus is an organizing committee member of the BDG unit.)

Bargaining units for The Ringer and Gimlet released a statement calling today’s stoppage a “show of solidarity as we return to the bargaining table next week and continue to advocate for a fair contract that includes meaningful provisions on diversity, compensation, and pathways to promotion.” Both unions have been bargaining for about a year while Parcast will be heading into negotiations for the first time.

Spotify shelled out just shy of $1 billion on five podcast companies for their content, brand recognition, and adtech capabilities. At the beginning of this year, it was clear that just a portion of these bets were already paying off as podcasts brought in more premium subscribers to the platform. Fair compensation is one of several resounding demands for the unions’ contracts with The Ringer trying to get out a particularly confusing pay structure and into a traditional 40-hour week model.

Thriving tech companies have been increasingly ousted for their toxic workplace environments and inequitable pay, but they often successfully quash the ability for unions to take hold beyond manual labor tiers like janitors and warehouse workers. Accustomed to exploitation without pushback, tech companies are faltering as they scale up and expand into media creation — such as Netflix's coarse (though slowly softening) relationships with Hollywood unions. The intersection of these two industries will undoubtedly be as beneficial for knowledge skill-based tech workers in the long run as these unionizing efforts are for digital media now.