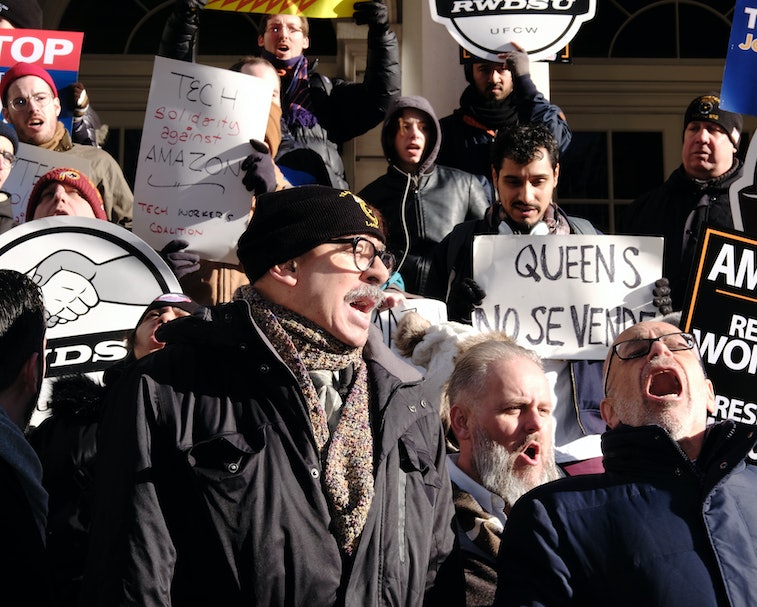 On February 27, several unions filed a petition with the FTC for an investigation into how Amazon’s business practices impact the economy. The International Brotherhood of Teamsters, the United Food and Commercial Workers International Union (UFCW), the Communications Workers of America, the Service Employees International Union (SEIU), and Change to Win signed the request.

The unions assert Amazon controls prices (directly and indirectly), undercuts competitors, uses its data on other products to develop its own (which are then prominently displayed in search results), and is depressing wages. Unlike other big tech companies, Amazon has yet to feel the wrath of the Justice Department or FTC, but this petition could change things.

Why are these unions getting involved? — Amazon is famously resistant to unionization efforts, to the chagrin and physical injury of its workers, but its operations impact all of these groups. The Teamsters have 1.4 million members that generally perform transportation and warehouse labor. Though Amazon still uses outside delivery companies, it’s been building out its own delivery apparatus, undercutting external labor.

“We have watched Amazon’s logistics infrastructure grow pretty exponentially over the past few years,” Iain Gold, a director with the Teamsters told The New York Times. “That has a direct impact when we are at the bargaining table with UPS or DHL or other companies.”

UFCW workers are threatened by the company’s relentless pushes into grocery, including the recent, almost employee-free brick-and-mortar store. The Communications Workers of America and SEIU overlap in the healthcare industry, another industry Amazon wants to infiltrate. The former covers a wider swath of workers including those in customer service and manufacturing. Finally, Change to Win’s members are part of all the aforementioned industries in addition to banking.

The total union members consist of 5.3 million people in the U.S., Puerto Rico, and Canada in industries affected by Amazon’s aggressive, anti-competitive practices. The petition reads:

“Given the speed at which Amazon continues to amass market power and the company’s persistent disregard for the inquiries of the legislative branch, we submit that a more forceful inquiry is needed. It is imperative that the FTC call on Amazon to answer the charge that it is using exclusionary conduct to the detriment of workers, consumers, merchants, and competition itself.”

An Amazon spokesperson told CNBC the company only makes up 4 percent of U.S. retail and has created half a million jobs. These figures the company likes to push ignores how the company owns 40 percent of U.S. e-commerce sales. The FTC has reportedly received the petition, but it did not provide additional comments.