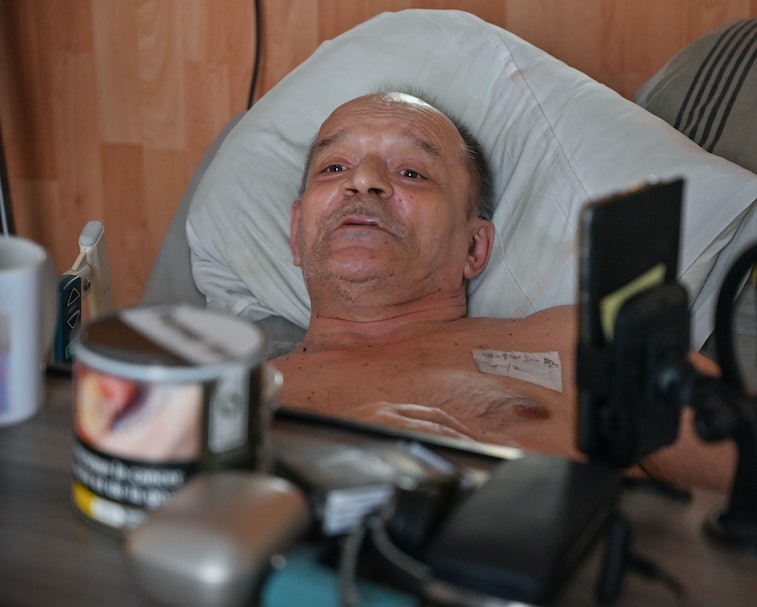 Facebook, by far the world’s largest social media company, is known for allowing politicians to pay to lie on its platform, welcoming organized violence by white supremacists, and ruing Instagram. This weekend it also decided that you’re not allowed to happen to die while livestreaming.

Alain Cocq, a 57-year-old French man with a terminal illness that causes his arteries to stick together, announced his intentions to livestream his death on the website after being denied euthanasia services by French authorities. Cocq has stopped consuming food or water, with doctors estimating he only has days to live. He has previously described his life awaiting a slow, painful death as “crippled by suffering.”

As a longtime activist, Cocq hoped to broadcast his experience to move the cause of medical euthanasia forward. As he wrote in a letter to French president Emmanuel Macron back in July, “I would like to make it clear to you that on this day I find myself in a situation of having on sound mind, confined in a dysfunctional body, crippled by suffering.” He also added, “I simply ask to leave with dignity, with active medical assistance, because my dysfunctional body prevents me from doing so surrounded by my family and my friends.”

Reply — “Our hearts go out to Alain Cocq and those who are affected by this sad situation,” Emily Cain, a Facebook spokesperson told The Verge. “While we respect his decision to draw attention to this complex and difficult issue, based on the guidance of experts, we have taken steps to keep Alain from broadcasting live, as we do not allow the depiction of suicide attempts.”

Rules are rules... kinda — The company claims this kind of broadcast would violate its policies on suicide and self-harm and, to be fair, competitors like YouTube also hold similar policies. However, both companies have a long, long history of hosting violent content, such as footage of the murder of reporter Alison Parker. A alleged suicide video of a man named Ronnie McNutt has gone viral on multiple sites, including TikTok, Facebook, and YouTube over the past week.

Facebook in particular has been under fire recently for its role in actively ignoring the organization of white supremacist invasions of Kenosha, Wisconsin following the shooting of Jacob Blake. The company originally stated that such pages did not violate their policies. The events eventually leading to two deaths at the (alleged) hands of 17-year-old accused terrorist Kyle Rittenhouse.

Poke — While the company is happy to allow politicians to pay money to call for gun violence while brandishing weapons, spew hate speech, and spread medical misinformation during a global pandemic (albeit with a small note attached), users are not allowed to choose to broadcast the natural, inevitable ending of their own lives due to a medical condition in order to bring attention to their human rights cause.

Reported — While it’s understandable that Facebook wouldn’t want footage of someone dying on its website, it’s particularly hard to see the company’s point when they continue to be such raging hypocrites. Whether Facebook manages to get its act together before the end of American democracy is yet to be seen.

The staff of Input send our best to Alain Cocq and wish his family well during this difficult time.

More like this
Will Gendron
Sep. 15, 2022
Culture
I can’t stop watching fitness influencers risk life and limb for viral fame
Annie Rauwerda
Sep. 19, 2022
History
This Tumblr girl got the internet obsessed with medieval art
Chris Stokel-Walker
Sep. 15, 2022
Marketing
Why it’s so tough to be a brand on BeReal