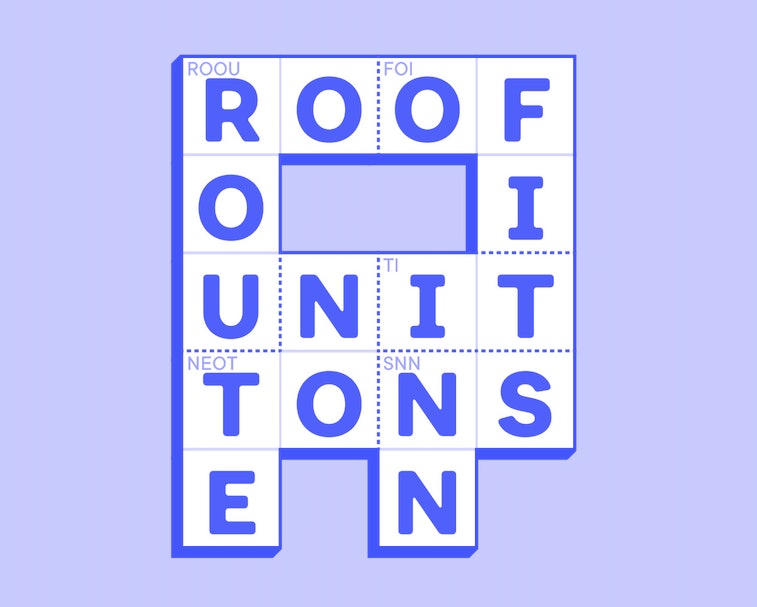 The heady days of Wordle are in the past now; getting acquired by The New York Times will do that to you. And while there are a ton of Wordle replacements out there, I think I’ve finally found my favorite one: Knotwords.

Knotwords, designed by Zach Gage and Jack Schlesinger, is sort of like doing a crossword someone forgot to provide clues for. It also happens to rule.

The grid — The crossword analogy holds up in how you actually play, at least at first. Click into a Knotwords puzzle and you’re immediately confronted with a tiny software keyboard (Knotwords supports hardware keyboards too) and a blank grid waiting for words to be entered into it.

There’s nothing to guide what should go into each little cell other than the knowledge that all lines, — horizontal or vertical — need to spell out actual words, and the little groups of letters included in a different section of the grid.

This is where the Wordle-style guessing comes in. You know the length of a given word, so you just need to figure out which letters from a preselected group go into it while also still working with other words in the grid.

Sudoku-brain — It’s the extra wrinkle of being presented with a set of letters that have to be used, but can only be laid out a certain way, that tickle the Sudoku-loving parts of my brain. Those simple restrictions lead to all sorts of strategies to solve Knotwords’ daily and monthly puzzles.

For example, I like to start with the shortest words first and then work from there. I’ve also noticed that just like The New York Times crossword, there are some words that appear more often than others, just by virtue of how these kinds of puzzles are built. It’s a really satisfying process to solve a Knotwords puzzle, and the beauty of their design is that in general, they get easier to solve the deeper you get into them.

The rabbit — Besides the elegance of the puzzles themselves, the Knotwords app is full of little aesthetic flourishes, from the animations that accompany entering in a valid word in a puzzle, to the adorable rabbit mascot that congratulates you every time you finish.

More amazing still, according to Schlesinger, the bunny was a super late addition to the game.

“The bunny SFX were created and implemented within the last 12 hours before we submitted the builds,” Schlesinger writes.

The animation turned out to be a critical element of the game, at least for me. I don’t want to solve another puzzle that doesn’t end with a rabbit losing it’s mind over my skill.

Knotwords is available to download for free on Android and iOS, with an entirely optional $4.99/year subscription (or a flat fee of $11.99) available for access to additional puzzle types, more hints, and themes.

The Mac and PC versions of Knotwords cost $11.99 and include everything from the jump.