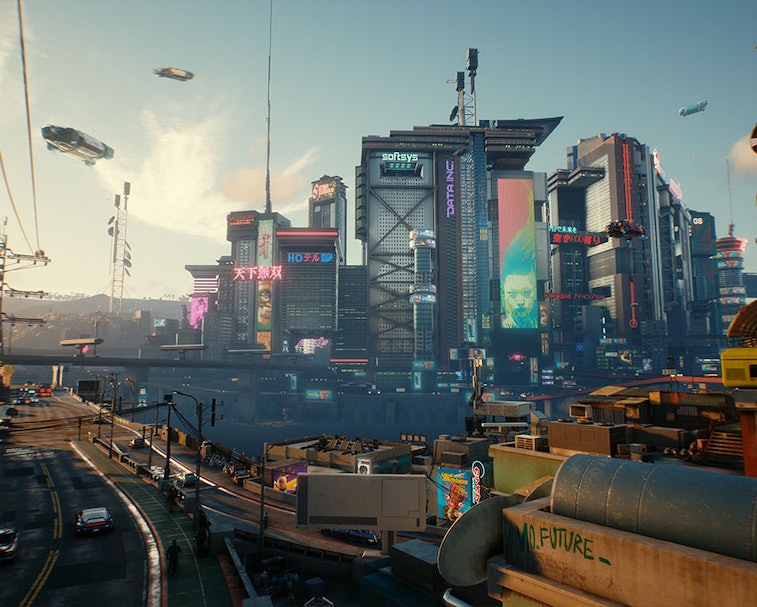 Like a fine wine, Cyberpunk 2077 might be better the longer you wait to try it. A much-needed patch has been released for the open-world role-playing game that launched last year to a critical reception as gamers found it littered with problems. This patch was set to release in February but was delayed after the game’s developer CD Projekt Red was hit by a ransomware attack.

The patch, version 1.2, addresses hundreds of issues (read the full list here), among them improving performance on older hardware and making driving mechanics less janky. The patch is available for download now on PC and consoles. An update for Google Stadia is coming later this week. But, in keeping with the game’s terrible run of luck, some users are having a hard time with the patch. Uh oh.

Loading... — Some players have taken to Reddit to report difficulties installing the patch, or worsened performance on the same settings they previously used for the game.

Meanwhile, plenty of other players say they’re seeing noticeable improvements, which must come as a relief to CD Projekt Red, which is desperately trying to save face, and salvage what was meant to be it’s crowning achievement.

Overpromised and underdelivered — Developer CD Projekt Red set expectations for Cyberpunk very high — probably too high. From the start, the company promised an open-world action-adventure game that would push the boundaries of graphics performance and gaming mechanics, and offering not just incredible visuals, but a unique story.

But CD Projekt Red reportedly rushed the game and it fell far short of expectations. The game isn’t like Grand Theft Auto in terms of its open-world design, as some expected. And it continues to feel rough around the edges — textures on characters fail to load or do so slowly; police officers still spawn out of thin air right in front of players; another bug (that’s still present) renders missions unplayable for some gamers. These are not the sorts of failings expected from such a highly anticipated title that was one of the first major releases on the PlayStation 5 and Xbox Series X/S.

Mismanagement — Problems with Cyberpunk 2077 were so bad at launch last December that retailers and eventually CD Projekt Red itself began offering full refunds. The company’s stock price tanked afterward, and it was subsequently sued by an investor over a lack of transparency about the game’s problems prior to release.

Reports have suggested that Cyberpunk’s woes were a result of not just hubris, but also mismanagement by CD Projekt Red’s leaders, who overworked employees and pushed to release the game before it was ready

They probably should have listened to Nintendo legend Shigeru Miyamoto, who once said, “A delayed game is eventually good, but a rushed game is forever bad.” Even with a patch, Cyberpunk 2077 will likely continue to be defined more by its shortcomings than its strengths.