The Nintendo Switch is the must-have COVID-19 lockdown accessory 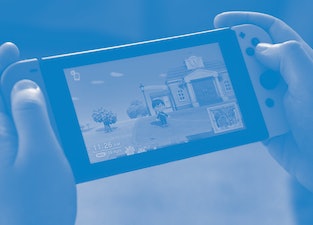 About how many consoles Nintendo sold in the first three months of 2020.

As expected, Nintendo's Switch is killing it. The company said today that it sold more than 3.29 million Switch consoles in the first three months of the year, a 33 percent jump over the same period last year. The handheld console has now moved more than 55 million units in its lifetime, which Engadget notes is more than the popular Nintendo 64 and GameCube combined.

Granted, the Switch is a different beast than those two consoles so it's not a totally apples-to-apples comparison. By virtue of being a handheld/console hybrid, Nintendo may have convinced you to purchase more Switches to satisfy everyone in the household who wants a portable for on-the-go gameplay. The Nintendo 64 and GameCube are stationary consoles so you would need multiple TVs around the house to do the same. They just don't lend themselves to the same type of individual ownership.

Cute is what the doctor ordered — Still these sales are an impressive feat and undeniably show that the Switch is the perfect console for COVID times. The specs of the Switch are meager compared to other consoles like the PS4, but the recent popular Switch release Animal Crossing: New Horizons is a cute escape that hits the spot against the hell world we're all living in. The console is also just really well designed for playing such casual games with features like gyroscope controls and a twin set of joycons for playing co-op games such as Mario Party. To keep children entertained indoors there's not much better out there.

Nintendo in the same release today said that Animal Crossing: New Horizons has sold more than 11.77 million copies since it came out on March 20th.

Nintendo also faced Switch shortages early in the year as its supply chain was disrupted by coronavirus. That led to some insane price gouging on Amazon and elsewhere, but Nintendo says more consoles will be available soon. The success of Animal Crossing combined with increased inventory should give Nintendo some strong headwinds heading into the second quarter as shelter-in-place orders remain across the U.S. and elsewhere.