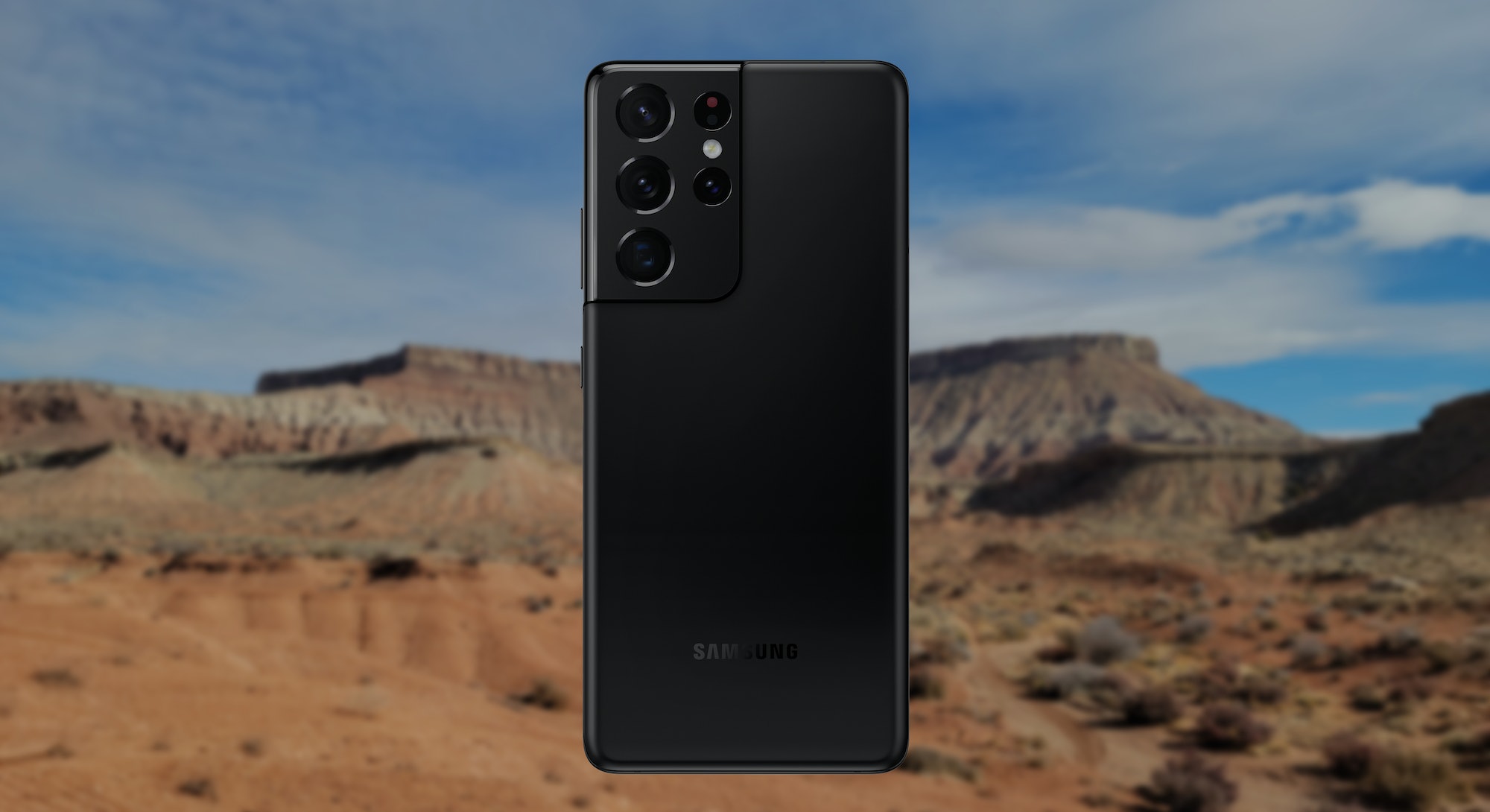 Earlier this year Samsung announced the S21 Ultra, the third iteration of the company’s “Ultra” series after the S20 Ultra and the Note 20 Ultra.

At the time I was paying particular attention because my experience with the Note 20 Ultra’s camera was, let’s say, not good.

It’s something we see all the time now: Smartphone companies will market their phones by saying that you can use them to shoot, say, a music video, or a movie, or photos with “DSLR quality.” But when you really dig deep and put those claims to the test, reality often falls a bit short of the hype.

This question of can a phone camera match a DSLR is a rabbit hole with an unsatisfying end in my experience. Each has its pros and cons, naturally, and though computational photography is just now starting to creep into the mirrorless space, right now phones and cameras have diverged considerably in how they actually make images. For me the question is; is the margin of quality between the phone and the camera enough to merit the added weight (critical for multi-day hikes), space, and hassle of carrying both devices for the photography I like to do.

Landscapes are what I like to shoot these days.

I wouldn’t say I’m good landscapes by any means, but shooting them is a great excuse to go on long hikes, and unlike the rest of my photography I actually enjoy looking at them after the fact.

In theory this would make Samsung’s S21 Ultra my ideal camera. It’s very small compared to even the smallest mirrorless cameras and the high resolution mode should be ideal for capturing all the tiny details in these wide landscape shots.

Like I alluded to at the top, this is my third shot at this logic. I bought and returned my S20 Ultra, bought and sold my Note 20 Ultra, and when I bought my S21 Ultra I really hoped that the third time would be the charm. It didn’t hurt that Ray, our reviews editor, posted some great pics in his review.

Last year’s S20 Ultra and Note 20 Ultra featured the same Samsung HM1 camera sensor and lens module. In short, this module’s lens could have been a lot better, but it was the texture of Samsung’s bizarre image processing that ultimately pushed me to switch to the OnePlus 8 Pro, which uses Sony’s very good 48-megapixel IMX689 camera package. You can see an example of Note 20 Ultra’s image processing below.

I wanted to test the S21 Ultra in an environment that would really challenge its cameras on all fronts. When I was planning this test, I looked back through my Lightroom library and as soon as I scrolled past my 2016 shots of Zion Nation Park, I knew it would be perfect.

Before I go on, I should note that I wasn’t able to do side-by-sides with an old Note 20 Ultra because I don't have one anymore. Before you get on my case, I paid for this trip out of pocket, so, sadly, there is a limit to how much I will bankroll a hot content opportunity like this one. That said, I do have all of my old Note 20 Ultra images, so there are certainly comparisons to be made.

Anyway, the high-detail striations in the rocks are a good test case for the S21 Ultra. Let’s take a look at some samples:

These were some of the first shots I got on the ground at Zion. I decided to take the Watchman trail because it's an easy hike with some decent elevation gain. If you go to Zion don't overlook this trail because it's close to the parking area and because it's marked as easy; it's a great warmup.

These images were captured in the early morning in 108-megapixel mode with Samsung's "Scene optimizer" turned on. Right off the bat we can see three things; the shadows have been lifted considerably, the sky is basically perfectly dialed in, but in the last two pictures we see the camera struggle to expose the mountain tops in the sun, which leads to a loss of detail and contrast. After these shots I just turned Scene optimizer off because the effect isn’t that strong in 108-megapixel mode.

This is a shot I really want to give Samsung credit for; a mirrorless camera would really struggle with this scene’s extreme backlighting. One thing mirrorless cameras have going for them is a physical aperture, allowing the camera to "stop-down" and limit the incoming light. The S21 Ultra doesn't have this (bring this feature back, Samsung!), so the only way it can manage so much light is to adjust the ISO, electronic shutter speed, and deploy its multi-frame HDR.

Setting aside my always-questionable composition, the image above just looks good to me. Samsung’s colors have definitely improved: This picture is vibrant but it doesn't look like it's been drinking the Ninja Turtles juice (refer to some of the moss pictures in my Note 20 Ultra piece for examples of this).

Let's move on to another location; Zion's Canyon Overlook trail.

This is a picture from the end of the trail, at the titular canyon lookout point. A couple of things stand out about this picture.

First, I did manually reduce the exposure in Samsung's camera app which is why the exposure looks normal. At least on launch firmware, pictures were frequently very overexposed by default. Second, there is a lot of atmospheric haze in this picture, and I'm actually glad you can see it because that means that the S21 Ultra's image processing algorithm isn't pushing the contrast and clarity too hard.

In fact, this image is actually pretty low-contrast overall. Let's do an edit with a tweaked version of one of VSCO’s discontinued film emulations on a 108-megapixel image from this spot and a RAW image, too, just for good measure:

Now that we have a file that isn't overexposed, it's amazing what you can do with one of Samsung's 108-megapixel images. Yes, RAW files have far more editing latitude, but the sheer detail you get out of a 108-megapixel picture is unreal.

For me this is a big reversal. I have advocated for shooting RAW on mobile since I was rocking the HTC One M9. Back then, and even until recently, a properly exposed RAW image would get you a better shot than anything you could get out of the JPEG pipeline. But here Samsung is delivering mostly flat, detailed images that respond really well to editing.

Above are some more 108-megapixel samples from the S21 Ultra. The big question I had going into this test was how much Samsung actually improved the demosaic algorithm and, in turn, reduced that artificial look that plagued the 108-megapixel mode on the S20 Ultra and the Note 20 Ultra.

If you look at the original files in the gallery above you can still see some of this effect, particularly with overexposed rock faces and some of the plant material, but the impact has been drastically reduced. Most of the time when you pixel peep on the S21 Ultra, the images look great.

Now what Samsung needs to do is dial in things like autoexposure and some of the contrast curves, because as we can see in the images above, Samsung’s AI post-processing really only fumbles in overexposed areas. And I should note that in the intervening weeks since I shot these images, Samsung has released two software updates that list camera performance improvements as the number one change.

Unfortunately not everything about my time shooting with the S21 Ultra was positive. While I was shooting I noticed a blurry spot in a suspiciously large number of my shots, even after cleaning the lens. I tend to shoot pretty symmetric compositions with focal points in the top right or top-left third (or both, in the case of landscapes like these), and if you look at the top-right third, you can see something weird is going on.

Below is a gallery of some of the more noticeable examples:

Luckily Samsung customer service replaced my unit and the problem is completely gone in my new model. Am I slightly annoyed that all my Zion shots have a weird lens aberration right on a compositional third? A little, but after speaking with some other reviewers, I have no reason to think that this is a pervasive problem. If your S21 Ultra has a similar lens problem, feel free to DM me.

Clearly Samsung has made big strides with its main sensor, but the S21 Ultra's camera system has a lot of other stuff going on. Most important is the new zoom system, which gives you 3x and 10x optical zoom cameras. I really like having the optical zoom cameras, and I did end up using them a lot on this trip.

The hardware is great, but that pesky AI processing is back in force with 3x and 10x zoom images on the S21 Ultra. I have no idea why this is so bad on the zoom cameras and not the main sensor, but it’s a major bummer because sometimes you can get incredible shots out of the 3x camera and decent shots from the 10x camera.

Below are a few unedited samples of what the 3x camera can do:

The other thing that ended up surprising me was battery life. The S21 Ultra’s battery life in everyday use is good but not mind blowing, but when you put the phone in airplane mode or power-saving mode to take pictures, it can just take way more shots than most mirrorless cameras.

Sure, some professional mirrorless cameras have beefy batteries and grips, but the battery in my consumer Fujifilm X-S10 is only 1,260 mAh. If I wanted to shoot all day I would definitely need multiple batteries.

Compared to a regular camera, battery life is insane.

Both the Watchman and Canyon Overlook trail are easy in-and-out trails you could blaze in 1-2 hours if you were really hustling, but since I was shooting photos and videos basically the entire time I did them in around three. In both cases I put the phone in power saver mode and had more than 50 battery left after each trail.

For casual vacation shooting this is great, but I’m excited to see how the battery will hold up for multi-day hikes with presumably more hiking and less shooting.

A camera that fits in your pocket

Last year I did a comparison between the RX100, Canon G7X II, and Samsung’s S20 Ultra and found that its lens has less resolving power than Sony’s and inferior colors to Canon. This is still the case, but the delta between the S21 Ultra and the most high-end compact cameras is narrowing very quickly.

In terms of resolving power, Samsung’s new lens on the main camera can do better up-close focusing than last-year’s model (even if the ultrawide camera steps in for true macro shots), and when Samsung said it toned-down the colors, they really weren’t kidding. As I said above, I think some color and contrast tweaking would go a long way, but Samsung has made huge strides here.

So with a new main lens, a new zoom system, and whole bunch of image processing tweaks, which makes the most sense for my type of photography? A consumer mirrorless camera with great colors like my Fuji? Or a premium compact like the RX100 or the G7X series?

For this summer’s outings I will likely be taking just the S21 Ultra and a Moment case with some ND filters. I do think that OnePlus’ upcoming OnePlus 9 Pro will give the S21 Ultra a run for its money when it comes to the main camera, but the versatility of Samsung’s zoom system, the sheer detail of this phone’s 108-megapixel mode, the battery life, and the waterproofing really make it a no-brainer for casual outdoor photographers.