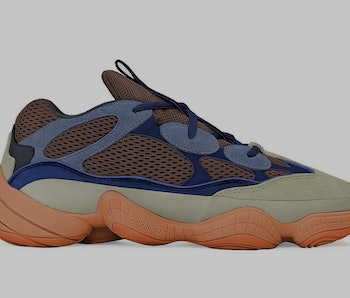 The sneaker game is now a glorified lottery. The vast majority of those ready to fork over their money for kicks won’t get the opportunity, and those who are able to purchase can then resell their spoils at a higher price to the less lucky, connected, and / or tech-savvy. With such steep competition, chasing coveted-sneakers is no longer fun and many have simple given up.

Now, Adidas has another carrot to dangle in front of you — a sort-of lottery for the lottery. The Brand With Three Stripes is giving away virtual “Golden Tickets” that give you a guaranteed spot to purchase its most hyped sneakers. Anyone can enter through the Confirmed app, and whoever wins will be able to purchase any sneaker they want for a month.

To be frank, the odds still aren’t in your favor. But if you do luck out, you won’t have to worry about luck again for 30 days straight.

How to enter — To throw your name in for a Golden Ticket, all you have to do is sign up through the Adidas Confirmed app from 11 a.m. ET on March 13 to 10:30 a.m. ET on March 20. Winners will be notified the same day entries are closed, and from there on out, they’ll automatically be successful in every sneaker draw for the next 30 days.

It’s important to note that the reserved spot for success is on the Confirmed app only, so it won’t apply to any other of Adidas’ outlets.

Which sneakers will you be able to get? — Adidas’ Confirmed app doesn’t have any sneakers scheduled beyond March 19 for now, but we can look to the rumor mill for an idea of what to expect.

A new Yeezy 500 in “Enflame” blue is rumored to release in April, and a similarly colored Yeezy 700 V3 “Kyanite” has an unconfirmed release date of March 27. A new “Sand” color variant of the clog-like Foam Runner is also slated for March 26, although it remains to be seen if it will release through the Confirmed app.

Outside of Yeezy, we don’t know what else Adidas has in store for the 30 days when its Golden Tickets will be valid. We’ll just have to hope it delivers enough desirable kicks to make the promotion worthwhile.