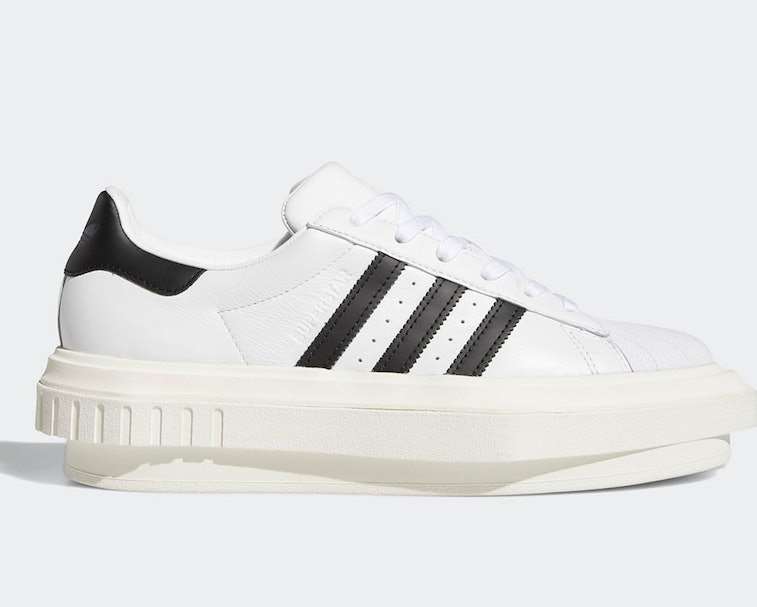 Adidas' reinvigoration of the Superstar has reached the highest level, as Beyonce has offered her take on the iconic silhouette. Despite this convergence of superstars, the end product is a shoe not even the Bey Hive could love.

Queen Bey gave the Adidas Superstar an elevated platform reminiscent of the Sacai Nike LDV Waffle but gone oh-so-wrong. The choice is ill-suited for a shoe that usually maintains such a low profile, figuratively and literally, and seems to have been done without much thought. Perhaps that's why the sneaker hasn't made an appearance on any of Beyoncé's social media platforms. Even she doesn't seem to be too excited about.

The Bey Hive renders its judgment — Upon announcing the Beyoncé Superstar on Saturday, Adidas was met not with fanfare but ridicule from her ardent supporters known as the Bey Hive. Descriptions from fans have ranged from "slightly stupid" to "ugly af" to a shoe ideal to "get them roaches in the corner of your house."

And yet, the possibility remains that the Superstar will launch with success. Even the Twitter user who called the sneaker "ugly af" said she's going to buy them anyway because it's from Beyoncé. Perhaps the same sheep-like following that keeps gobbling up monstrosities from Kanye West will ensure that Beyoncé's Adidas line prospers no matter what.

A $200 'upgrade' — Beyoncé's Superstar is even stranger when viewed from above so that you can see it's pointed toe. Besides that, it's a Superstar as you know it — clean white leather with black stripes and mustache. Beyoncé's name is only printed on the insole beneath the Trefoil logo.

The rare slip-up from Beyoncé is priced at $200 and is set to go on sale this Friday, September 18, exclusively through Adidas' app. Registration for the release is open now, however, we can't say that you should jump.