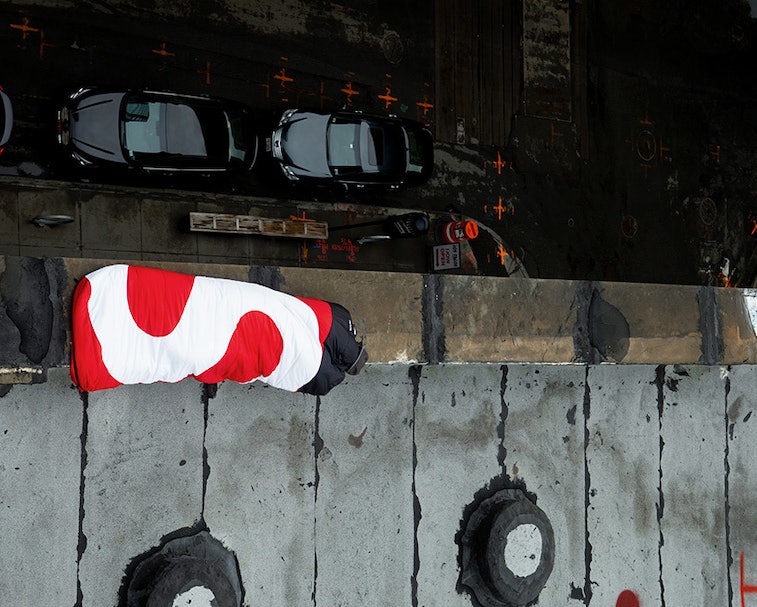 Supreme and The North Face have teamed up for the third time in 2020, this time focusing on an assortment of winter-ready garms. The through line in the collection is Supreme's "S" logo, which has been blown up on a range of goods available in the brand's signature shade of red, as well as neon green and black. For the first time since 2014, the selection includes a sleeping bag, the Dolomite 3S-20° named for its 20-degree rating.

As we've become accustomed to in Supreme's winter TNF drops, the capsule also includes a heavyweight jacket (the Summit Series Himalayan Parka), fleece, and small assortment of accessories. While previous collections have gone for busier prints, including a water color treatment in April that we loved, this one keeps things relatively simple but to great effect. Two of the three color choices, however, will still fetch plenty of attention.

A big, beefy coat — The Summit Series Himalayan Parka packs 800-fill down into water-resistant nylon ripstop that'll hold you down in the harshest of elements. But if you're looking for more versatile pieces that are well-suited for layering, this week's drop will also include a waterproof and breathable Mountain Jacket made with fully seam-sealed Dryvent nylon, as well as a sherpa Hooded Fleece jacket.

The highlight of the accessories is easily the sleeping bag, but most people probably don't need the gear to sleep in sub-freezing temperatures. More useful would be the The Nuptse mitts, which stuffs 550-fill down into a water-resistant nylon with Heatseeker Eco insulation providing additional warmth. They're absolute units, made even bolder by the massive "S" logo.

On the baggage front is an Expedition Backpack made of water-resistant 630D Cordura nylon, as well as a decently sized shoulder bag that's also water resistant.

Gear up — All the new winter goodies will release Thursday online and in stores as part of Supreme's weekly drop. If you don't know the drill already, have the webstore ready at 11 a.m., click with quickness, and hope luck is on your side because all the bots you're competing against certainly aren't. The North Face collaborations are often some of Supreme's most expensive, so you should also prepare to shell out a not-insignificant amount of money.