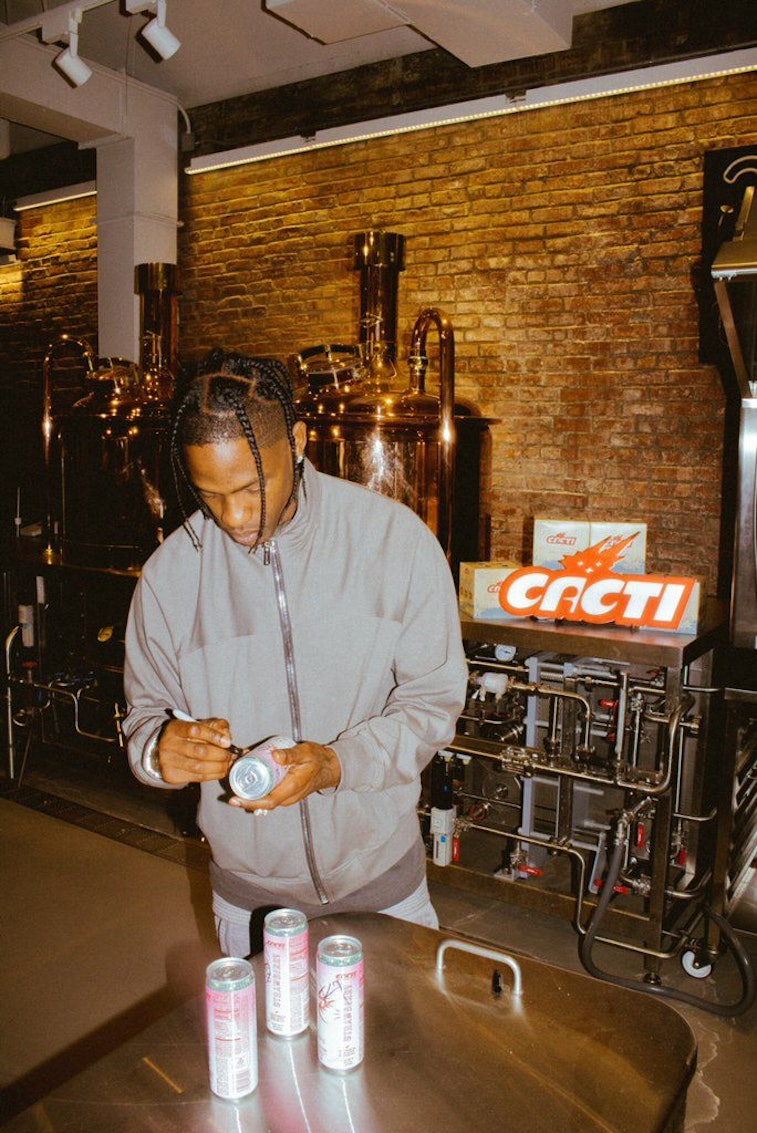 Collaboration king Travis Scott is slowly making his way back into the music industry, this time utilizing one of his own creations to do so. Via a nationwide hunt akin to the tale of Willy Wonka, Scott and his Cacti spiked seltzer brand are inviting fans to track down 100 signed cans that will unlock two tickets to the rapper’s sold out Astroworld Festival.

The specially marked cans will be limited edition strawberry-flavored cans adorned in a custom Astroworld-themed wrap. Each will also boast Scott’s signature, making the 100 cans much more valuable than a pair of two festival tickets.

Hard to swallow — Since its launch in March, Scott’s seltzer has sold out numerous times, rivaling other brands like White Claw and Truly Hard Seltzer. And with limited suppliers stocking the seltzer, finding a nine count variety pack will be difficult — though not as hard as actually guzzling down a can of Cacti.

Scott’s agave-sweetened drink, which comes in pineapple, strawberry, and lime flavors, is sadly not as lit as the rapper who backs it. Our review of Cacti found the drink underwhelming, with the highly anticipated agave taste not as strong as a strange rubber-like flavor. Compared to all the other spiked seltzer brands out there, Cacti didn’t offer anything different, or better — save for the fact that Scott’s fans would slurp it up for hype.

Considering how much Scott’s seltzer (frankly) sucks, the rapper’s giveaway could be a bid to boost sales. After all, what’s the harm in sacrificing two $365 festival tickets compared to thousands of dollars in sales from dedicated fans? Scott digresses — “We really wanted to do something special with Cacti for the fans who weren’t able to get their hands on Astroworld tickets,” he said in a press release.

Drink your way to Astroworld — If you’re one of said fans, or simply want an excuse to see just how bad Cacti really is, seek out a nine count of a Cacti variety pack. Look for Scott’s signature on a strawberry-flavored seltzer — arguably the worst flavor — and hope you’re lucky enough to score the two tickets to Astroworld on your first try to avoid buying a seltzer you won’t want to drink. Winners will be able to attend Scott’s festival in Houston, Texas on November 5 and 6, where they’ll be treated to a headline performance by the rapper — and no doubt, copious amounts of his spiked seltzer.