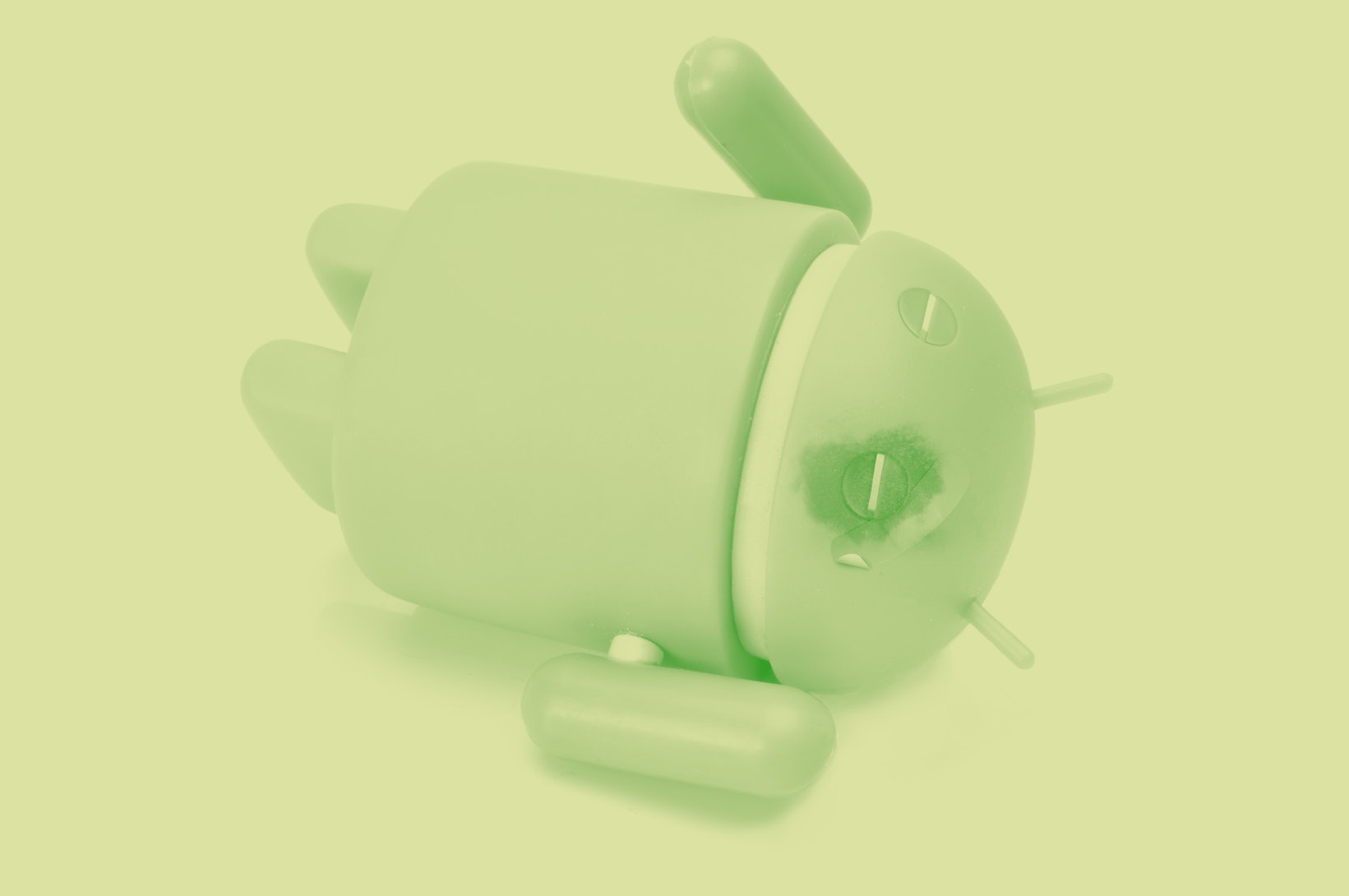 Every year when WWDC rolls around I wonder what new features Apple has cooked up for iOS. What more could Apple add to make iOS — an operating system that’s 13-years-old this year — feel fresh again? Turns out Apple doesn’t need to look very far for inspiration. The best new ideas already exist: on Android.

After spending a day using the developer beta of iOS 14, it’s clear as day that Apple borrowed heavily from Android. iOS 14’s biggest features — widgets on the home screen, App Library, App Clips, a Translation app, and a faster, smarter, and less obtrusive Siri — are all things Google did first on Android. They’re called different things on Android, but they basically do the same things and solve the same problems.

There used to be a time and place for pointing fingers and bashing one company for blatantly copying another’s ideas. But now it feels juvenile. Who really cares? “Good artists copy, great artists steal” as the saying goes. Everyone borrows. Everything is inspired by something before it.

iOS 14 may not be a complete overhaul with a system-wide-UI upgrade à la iOS 7, but that’s okay because the sum of everything new in iOS 14 is so robust that there are virtually no meaningful reasons to pine for Android's green pastures.

Sure, Android did it first. Kudos to Google. But it’s also not like Google invented widgets. Let’s not give them total credit. Apple had widgets on the dashboard in macOS (previously called OS X) long before Android came into existence. Microsoft also helped popularize widgets starting in Vista and then Windows 7.

Unchaining widgets from the screen to the left of iOS’s main home screen breathes new life into the mobile OS without requiring a revamp. iOS 14’s new widget implementation alone narrows a big gap between iOS and Android. It’s not just a visual change for the home screen, but also a usability one. In my first hours alone, the new widgets have already changed the way I interact with my iPhone, and I expect that to be even more true when updated third-party widgets are released.

Who needs Android when iPhone finally has proper widgets?

Android’s “app drawer” has always allowed you to hide apps so that they don’t clutter up pages of home screens. In iOS 14, Apple’s answer to that is “App Library.” In one fell swoop, Apple has tidied up out-of-control home screens. You can choose to hide specific apps away in the App Library or entire home screens.

In iOS 13, I had four pages of home screens: page one with my most used apps; page two which mostly consists of folders for the majority of apps I access either for shopping, work, etc.; page three has a whole screen worth of camera, drone, and editing apps; and page four is a home screen of entertainment like games and streaming content apps.

Now, in iOS 14, I’ve successfully reduced four home screens of apps down to two. I’ve hidden any apps I don’t use daily or weekly and home screens with many single-purpose apps.

I’m hoping a good chunk of these single-purpose apps (i.e. city-specific transit apps, ride-sharing apps like Lime, and rewards points apps for stores and restaurants) can be replaced with the new App Clips feature, which could theoretically replace the need to have the full apps.

Who needs Android when iPhone has a tidied up home screen, too?

Judging by the overwhelmingly positive response to it, I’m going to go ahead and say people are very excited to finally be able to switch their default browser and email app.

Apple’s only allowing the default browser and email apps to be swapped from Safari and Mail to a third-party app like Chrome and Outlook for now. But each release of iOS has seen Apple give in a little more. In iOS 12, Apple finally relented and let you delete many of its default apps. Now, you can select your preferred browser and email app? What next? Apple Maps? Apple Music? Notes? I’d love to switch these out for Google Maps, Spotify, and Google Keep. Baby steps I guess.

Who needs Android when iPhone lets you choose your own default apps?

It’s available as an Accessibility feature, but everyone I know who’s tried iOS 14’s Back Tap feature has been impressed. With it, you can program a double- or triple-tap on the back of your iPhone to launch an action.

As I mentioned in my hands-on, many Android phones have a fingerprint sensor on the rear that can be programmed for gesture controls (i.e. scrolling or opening the notification shade). iPhone now has its own similar solution. Set the taps to take a screenshot, scroll on a web page, open up Control Center, or even launch the Google Assistant. No doubt, more Shortcuts will be created that can be linked to Back Tap. I think it’s inevitable someone creates a double-tap Shortcut to launch the camera app, which would put it on par with Android’s double-tap on the power button to activate the camera.

Who needs Android for tactile-based shortcuts when iPhone has Back Tap, which works really well?

Can we get a finally? I’ve long envied Gboard, which lets you search for an emoji instead of paging through hundreds of emoji to find the one you want. In iOS 14, you no longer need to manually hunt for the right emoji. Just type a term in and it'll pull up any relevant emoji.

iOS still doesn’t let you run two apps simultaneously, but the new picture-in-picture mode is a half-step there. PiP doesn’t need much explanation — you can continue watching a video in a shrunken window while doing other stuff.

Android’s had PiP since Android 8 (née Oreo) and now iPhone no longer lags behind.

Who needs Android when iPhone lets you binge shows while texting?

Who needs Android when iPhone keeps you better connected with your friends and family? (Oh wait, Android’s never had iMessage and iOS 14 only makes it even harder to live without.) In many ways, iMessage has been Apple's secret weapon for a while now — and there's no option on Android that even comes close. The nearest comparable platform is WhatsApp, which is owned by Facebook and still requires a new user to download an app and create an account. With these new iMessage updates, Apple's strength in this key area has only seemed to grow.

Utility underneath the surface

While the best features of iOS 14 are lifted from Android (albeit with better design and implementation), there are several new iOS-specific ones that make Android even less attractive for consideration.

We’re only on the first developer beta so there’s still a whole summer of updates to go with new features that’ll be added. Even so, hidden gems like the ability to automatically mirror a selfie, adjust resolution and frame rate within the camera on non-iPhone 11 Pro devices, translate web pages within Safari, and FaceTime eye correction go the extra mile to fine-tune iOS to perfection.

I could go on and on with the small tweaks: Sleep Mode, Dark Sky-ish minute-by-minute weather forecasts in the Weather app, gyroscopic stability indicator for taking Night mode photos, spatial audio support for AirPods Pro, sign language recognition in FaceTime, and tighter privacy controls with stricter media, camera, and microphone access all jump out to me as improvements that aren’t necessarily groundbreaking but add up to a more useful experience.

Apple is reclaiming the Android misfits it once turned off with iOS 14.

Even up until a few years ago, there was a wide gulf between iOS and Android. Google's open platform enabled a multitude of features that Apple refused to include. With iOS 14, the software gulf has significantly narrowed. Hardware is a different story — there’s still a whole lot of interesting ideas like foldables and ridiculous camera zoom — that differentiate Android phones from iPhones. Not to mention, Android also comes in way more price points (though the new iPhone SE certainly challenges that). But setting any questionable new hardware innovations aside, at its core, there’s little in the Android camp when it comes to software that people can point to and say “this is so much better.”

Apple is reclaiming the Android misfits it once turned off with iOS 14. The new software won't kill Android. The nature of Android's open ecosystem still has some advantages. For example, anyone can download Android Open Source Project (AOSP) and modify or customize it however they like; you can't customize iOS icons or change the theme with a new skin like you can on Android. Android also lets you run gaming emulators to turn it into a Nintendo 3DS, for instance. You can root an Android device, get real file management access, and install torrent apps.

But these are all very specific and very nerdy use cases. The vast majority of Android users don't care about any of these geeky aspects that Android comes with. Most people aren't sideloading apps or sudo-ing into their phones. Most people need a smartphone with really good Google apps that's also really good at core smartphone stuff. With iOS 14, the iPhone now does both exceptionally well, not to mention it has iMessage, AirDrop, and privacy that isn't an afterthought.

Let me repeat myself: Android isn't going anywhere. But after iOS 14, Android does feel increasingly designed for niche users with fringe use cases who either love to tinker with their phones or just vehemently hate Apple. The reasons to pick Android over iPhone are even fewer (or none) now more than ever.

More like this: Apple shamelessly lifted a designer's 2014 ideas for iOS 14

Apple, Big Sur, and the rise of Neumorphism