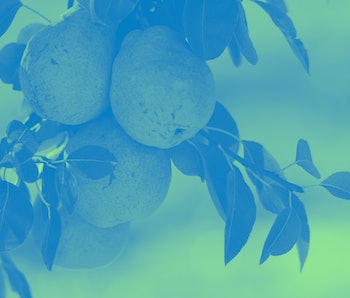 We aren’t sure why, but in the past few weeks, it seems like any tech mega-corporation brought under recent legal scrutiny for antitrust violations is hell-bent on proving government watchdogs correct. Perhaps it’s because of the very predatory tactics upon which the companies are based, which in turn helped mutate them into the juggernauts they are today? We digress.

Anyway, here’s the latest case in point: it’s come to light that Apple is once again and quite literally, picking on the little guy, this time going after Prepear — a small business and “connected cooking app” service specializing in meal prep, recipe databases, and online grocery shopping — because it claims Prepear's minimalist green pear logo too closely resembles Apple’s similarly minimalist, well, you know.

Comparing apples to pears — Despite the fact that Prepear’s emblem legitimately looks nothing like Apple’s (other than that they are both delicious, nutritious seed-bearing fruit) the tech giant is still threatening legal action that would undoubtedly entail exorbitant expenses in the hopes of strong-arming the company to change its logo.

"It is a very terrifying experience to be legally attacked by one of the largest companies in the world…[But] we feel a moral obligation to take a stand against Apple's aggressive legal action against small businesses and fight for the right to keep our logo," Prepear’s five employees wrote on their Change.org page, started in hopes of convincing Apple to drop the case. "We are defending ourselves against Apple not only to keep our logo, but to send a message to big tech companies that bullying small businesses has consequences."

A history of intimidation tactics — This is far from the first time Apple has used its immense influence and industry dominance to intimidate smaller companies into abandoning their names and logos, despite questionable resemblances to their iconic image, but it is perhaps one of the only times resistance to the attempt has gone viral.

At the time of writing, Prepear has already amassed nearly 32,000 signatures towards its goal of 35,000 after only a week, so it’s safe to assume it'll reach its goal. The meal prep company isn’t asking for a boycott of Apple products or any similar protest, but simply that the company will drop its aggressive tactics against businesses that are clearly not a threat to them. The question, of course, is whether or not Apple will be moved by such a petition. If not, then who’s next Fruit of the Loom? Chiquita Banana? iCarly?