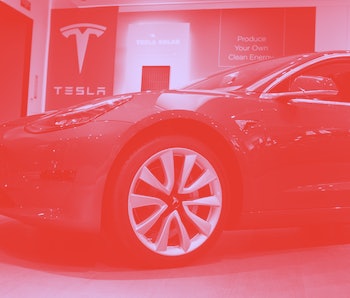 The rumors that Chinese Teslas were going to be cheaper than U.S. ones thanks to local components have turned out to be true. Bloomberg reports Tesla’s cut the price of its China-made Model 3 by 9 percent to $46,500 (323,800 yuan). Add in the effect of the Chinese government’s subsidies and the starting price drops to $42,945 (299,050 yuan). That’s still almost $8,500 more than Xpeng Motor’s P7 sedan, but it’s definitely more competitive.

Tesla’s Chinese Gigafactory is its only manufacturing facility outside of the U.S. and the first few cars rolled off the production line there at the end of last month. Those units were destined for employees, but deliveries to consumers begin next week.

Attacking the market –– Production at the Shanghai facility is expected to ramp up through 2020, bolstered by a recent, rather lucrative investment round led by Chinese banks. While the plan is to build 1,000 vehicles a week in Shanghai, Tesla head honcho Elon Musk has said he wants to see that increased to 3,000 eventually.

Will this mean cheaper Teslas for U.S. buyers. Sadly, it won’t. Combine that with the recent end to U.S. EV subsidies and some would-be Tesla owners could be forgiven for looking at China and feeling a little green. Though, at least U.S. buyers are still getting in-car Disney+, right?