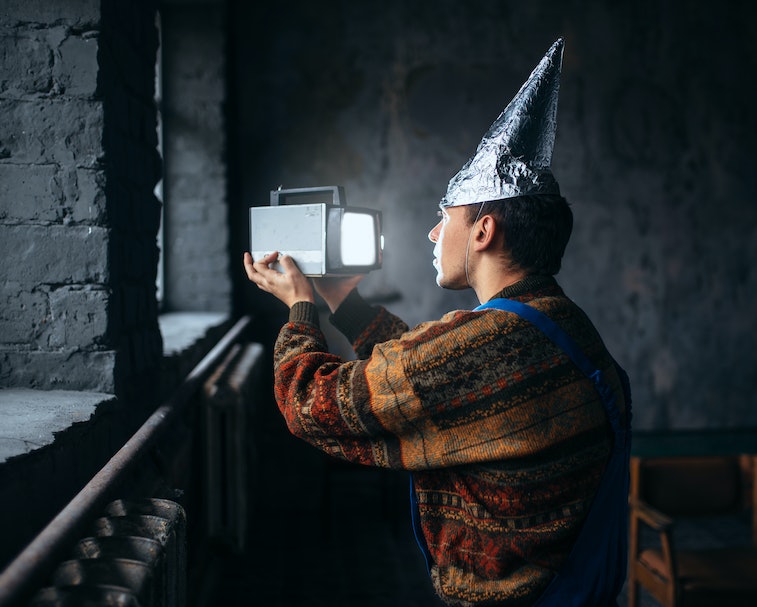 Some of the internet’s best moments arrive unannounced in the form of um, duh moments — it’s one of the 21st century’s best-selling brands of humor. This week’s iteration comes in the form of Amazon reviews for Faraday cages, which unsuspecting consumers are apparently using to house their routers in the hopes of keeping harmful 5G signals at bay… and then getting angry when they realize the cage is blocking the router’s Wi-Fi signal.

This phenomenon — which, of course, could be avoided entirely with a simple Google search — has garnered some attention on Twitter thanks to user @AngsarTOdinson, who tweeted a series of screenshots showing the drama unfolding on the reviews pages of Amazon’s product listings. The original tweet has garnered nearly 10,000 retweets and more than 30,000 likes in just a day.

A Faraday cage, for the uninitiated, is an enclosure of any size meant to block electromagnetic signals. Yes, signals just like those created by your router for a Wi-Fi connection. People are purchasing cages meant to block those signals and then getting angry when they do just that. As Input editor Craig Wilson says, that’s a bit like buying a cover for your lightbulb and then complaining that your room is too dark.

But the situation is more than just a bit of hilarity — it's a symptom of Amazon's inability to govern itself. Companies are taking advantage of consumers by profiting from these products, and Amazon is doing nothing at all about it.

Why would someone buy this? — We’d love to know that, too. @AngarTOdison’s best guess is ours, too: 5G conspiracy theorists are buying the cages as a measure of protection against the “harmful” electromagnetic waves in their houses. The problem, though, is Wi-Fi works just like 5G: namely via radio waves at different frequencies. In the case of Wi-Fi, that's usually waves in the 2.4GHz and (you guessed it) 5GHz ranges. For added indignity, the seller charges $25 for shipping.

The wide-scale 5G rollout we’ve been waiting for has finally begun, and conspiracies about the next-gen wireless data connection have spread like wildfire — despite easily being proven false. Theorists worried 5G could even cause COVID-19, because, well, of course they did.

And thus a market is born: useless devices that utilize this hysteria to make a profit. This isn’t the first anti-5G device we’ve seen being marketed to wide audiences, and it surely won’t be the last.

And why is Amazon letting this even be sold? — These cages are obvious scams. And they don’t even attempt to hide that fact; it says right in each title that it’s a “router shield,” when such a device would never actually be useful. Unless you’re truly upset that your Wi-Fi signal is too strong, these Faraday cages aren’t going to help you with anything at all. Some who have purchased the products also mention that calling these “Faraday cages” at all is a bit of a stretch — they’re just mesh-wire containers.

When the pandemic first took hold of the world, Amazon found itself in hot water for allowing price-gouging of necessary medical supplies and soon banned their sale entirely. Worse still: users listed so many fake COVID-19 “cures” that Amazon had trouble keeping up with blocking them.

So no, we’re not surprised Amazon is letting this fly. And no, we’re not expecting Jeff Bezos to take these products down any time soon. But hey, please don’t put your router in a Faraday cage. And don’t pay $25 to ship that cage to your house, either.