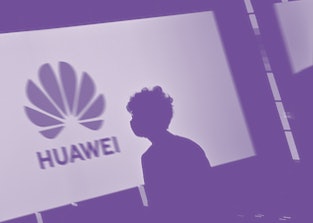 How much the FCC says it will cost.

The FCC says that removing networking hardware made by Chinese companies Huawei and ZTE from American networks will cost approximately $1.8 billion. Carriers including Verizon and CenturyLink that receive subsidies to provide service to low-income households are required to replace existing hardware supplied by the Chinese companies over threats to national security.

Political machinations — There's never actually been much evidence put forward that Huawei or ZTE use their networking hardware to spy. But all networking hardware developed around the globe includes backdoors to respond to lawful search warrants, and what's legal in China is very much open to interpretation, so these companies could be forced to hand over a lot if demanded.

Huawei is on the U.S. Entity List, meaning it cannot work with American companies or offer Google apps on its phones. Ren Zhengfei, the founder of Huawei, has long denied he's answered spying requests from China and says he never would.

The U.K. followed suit in banning Huawei technology from its networks back in July, but reports have indicated that the decision was based on geopolitical pressure from the U.S., where trade tensions with China have never been higher. At the same time, TikTok will be banned from the U.S. come September 15th if it's not able to sell its operations to an American buyer. Chinese authorities have said they have to approve any acquisition before it can go through.

Barring Huawei and ZTE is more understandable at least, considering China's poor human rights record and proclivity to target dissidents abroad. The ban of TikTok seems far pettier in nature — TikTok doesn't even have access to much sensitive data and is a beloved entertainment app around the world.

Still no support for carriers — Today's cost figure is based on direct information collected from carriers, who have relied on Chinese hardware in the past for its low cost and reliability over alternatives. Huawei is well known for making smartphones, but it's also one of the world's largest providers of networking hardware including routers and 5G radios. Besides national security, President Trump has taken aim at Huawei over its connection to the Chinese military and heavy subsidization by the government there as being anticompetitive, ignoring the fact that the U.S. itself subsidizes certain industries of importance.

Rural internet providers are most at risk since they can least afford to replace the hardware. In making the announcement about cost, FCC chairman Ajit Pai called on Congress to appropriate funds so carriers can be reimbursed for replacing any networking equipment deemed to be a security threat. A total of 51 carriers have been identified as using such hardware.

It should be pretty easy to remedy this. While it sounds like a lot, $1.8 billion is chump change for the United States and it spends more on national security and the military than anything else.