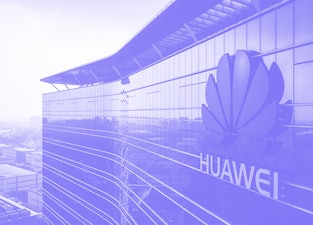 Chinese electronics maker Huawei has had an unmitigated annus horribilis. Nonetheless, it’s managed to achieve record revenue of $121 billion (or 850 billion yuan), though the figure did fall short of expectations, in large part due to reduced sales of the mobile network hardware that forms the backbone of its business and, to a lesser extent, from fewer smartphone sales.

The company’s chairman, Eric Xu, said “survival” is Huawei’s number one priority for 2020. And he’ll soon find out what sort of strategy that longevity might require. U.S. President Donald Trump –– who’s the source of many of Huawei’s problems –– said on Twitter he’ll “be signing our very large and comprehensive Phase One Trade Deal with China on January 15.”

Bans, arrests, and other problems –– In 2019, the ongoing trade war with the U.S. saw Huawei’s Mate 30 range of smartphones lose access to Google’s services, and potential Western buyers in the process (but still sold hand over fist in China at launch).

Meanwhile, its 5G-enabling hardware has been banned by network operators in Norway and Sweden, with the U.K. expected to do likewise. Australia and Japan have also clamped down on their operators use of Huawei’s network gear, thanks to the same espionage worries voiced by Trump, which include the company’s close financial ties to the Chinese government.

For added turmoil, Huawei founder Ren Zhengfei’s daughter, Meng Wanzhou, who is also a senior executive at the company, stands accused by the U.S. government of violating sanctions with Iran has spent the year under house arrest in Canada.

Substantial growth nevertheless –– Despite revenue falling shy of the $125 billion the company had initially predicted for 2019, Huawei’s earnings for the year still represent annual revenue growth of 18%. Yes, China really is that big. But Huawei can’t expect to continue to realize the same sort of growth from its home market alone.

In 2020, Huawei’s going to need to assuage the fears of the global telecoms community, and either convince the U.S. to relax restrictions against it or create a mobile operating system of its own that’s at least as compelling as Google’s Android for consumers and developers alike. That’s no small order. But at least it’s got some money for the fight.