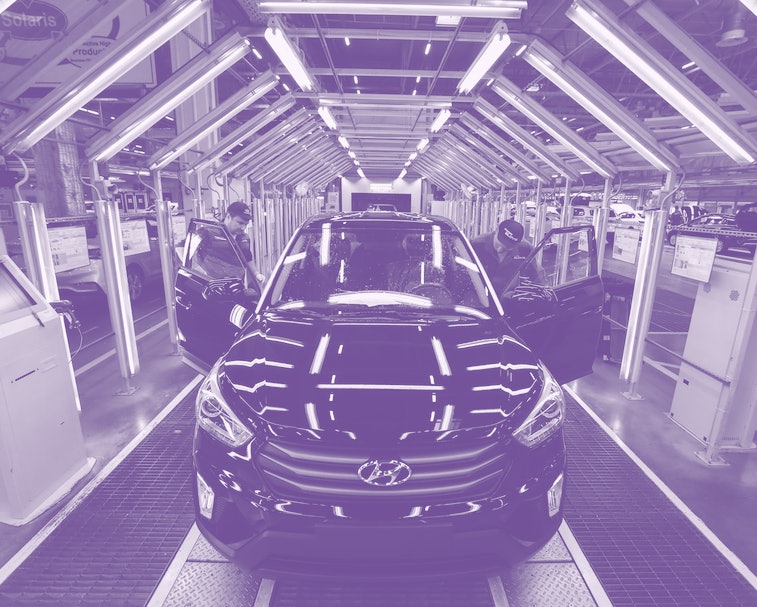 Hyundai now says the company’s talks with Apple about creating a smart car are no longer active, just a month after we first heard whispers of the Korean automaker’s interest in the idea. Bloomberg reports that those talks were actually put on pause weeks ago, according to people familiar with the situation.

The Apple Car dream is still very much alive and well, though, at least as far as we can tell. Bloomberg’s sources say the tech giant is still very much interested in the idea, and that Apple is still in talks with other automobile manufacturers about potential partnerships. So we’re not feeling too let down just yet.

Apple, meanwhile, has made no mention at all of either report. Given the company’s penchant for secrecy — even in the face of leaks much larger than this — it’s probably going to be a very long time before we hear any official news of the Apple Car. If it even happens, that is.

Lots of rumors, not much else — Trying to figure out what kind of plans Apple’s making is like a long-distance game of telephone. For the Apple Car, that means we have quite a few well-sourced rumors and not much else. We’ve listened to these rumors for more than five years now, and still very little has been revealed except that Apple is interested. In that time the company has worked to improve and enhance its Apple CarPlay system, but that’s where the iPhone-maker’s car production begins and ends.

If anything at all is clear, it’s that Apple won’t be able to break into the automotive market on its own. The company’s tech prowess will do little to actually assemble and distribute working cars. As such, Apple will need to find the perfect manufacturing partner to create a working product.

Taking on Tesla — In recent years, the automotive market has quickly swung toward smart capabilities and electric engine systems. Interest in both has skyrocketed thanks in no small part to the monumental successes of Tesla. Hyundai has its own line of autonomous electric vehicles in the works, according to regulatory filings, but no decisions have been made on that front just yet. Even gas-guzzling standbys like General Motors are pushing for a switch to all-electric vehicles and hybrids in the next ten years.

Apple’s probably kicking itself, now, given that it was once offered Tesla’s business on a silver platter. But maybe Tesla’s success in selling smart, all-electric vehicles to the masses has paved the way for Apple’s own foray into that market. Only time will tell.