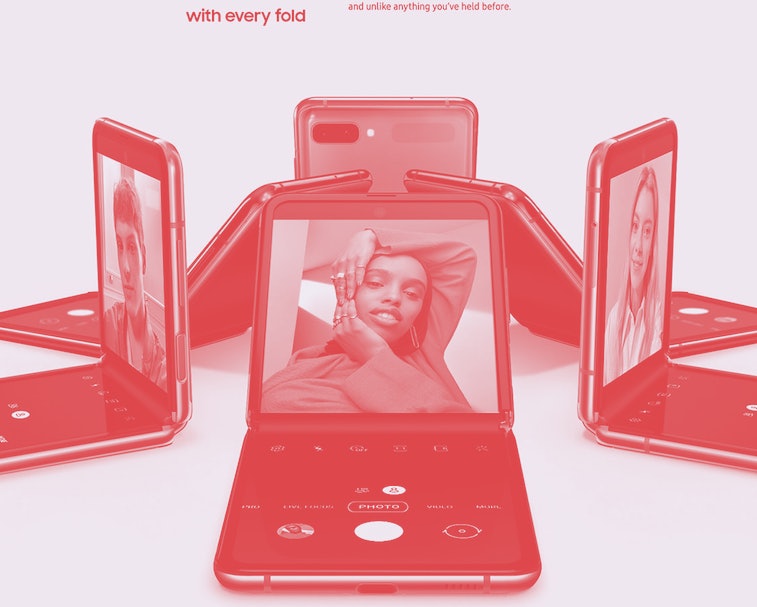 The Galaxy Z Flip is still leaking just hours before it’s set to be announced at Samsung’s Unpacked event. Known leaker Evan Blass just tweeted a few more screenshots that confirm the use of “flexible glass” on the Galaxy Z Flip.

Infinity Flex — The leak seems to confirm that Samsung is using its “Infinity Flex Display” technology in the Galaxy Z Flip, which is the same type of screen the company used in its original Galaxy Fold. The leak places the screen size at 6.7 inches.

Flex Mode — One of the leaked marketing photos displays the Flip Z’s Flex Mode, which allows the phone to be folded at various angles and placed on a table for hands-free use. Samsung is also pushing this mode for “amazing low angle shots that play with perception.”

“The UX is optimised for a hands-free selfie and vlogging experience,” one caption says, “with top-screen viewing and bottom-screen controls.”

Notifications to go — The latest leak also appears to confirm the Galaxy Z’s unique notification system. When folded closed, the phone’s front cover has a small display for notifications. When clicked, the phone can be opened to access the corresponding app.

We’ll have confirmation on these specs in just a few hours as the company officially announces the phone at Samsung Unpacked — not that there’s much left to announce.