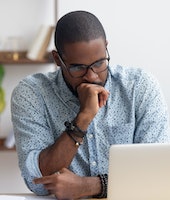 The amount of the Solana cryptocurrency stolen from Fractal fans.

Fractal, Twitch cofounder Justin Kan’s new platform for game-item NFT trading that launches tomorrow, has already had a rough start. On Tuesday, 335 fans discovered they had been duped by a malicious hack of Fractal’s Discord channel, collectively losing around $150,000 in Solana (SOL) cryptocurrency while thinking they were purchasing limited edition NFTs.

After taking control of the Discord channel’s announcement bot, a scammer was able to send out a message promoting 3,333 commemorative NFTs supposedly for sale. The link, however, subtlely swapped out the “i” for an “l” in the “Fractal.is” web address, directing victims to a minting site that accepted their wallet deposits... for nothing in return.

In a blog post, Fractal’s owners initially seemed to shift the blame away from theirselves onto their customers. “If something doesn’t feel right in crypto, please don’t proceed, even if at first it looks legitimate. We must use our best judgement as there’s no ‘undo button’ in crypto,” they wrote. That said, as of last night Fractal claims to have reimbursed all victims for their losses.

Credit where credit is due — Unlike past NFT scam fiascos, this one at least has somewhat of a happy ending to it. Last night, Fractal’s Twitter account announced that the 335 “snowflakes” (Fractal fans, apparently) had a collective 863 SOL refunded to their crypto wallets, with the refunds appearing to come from the company’s own pockets. Additionally, the team has established an “anti-scam” channel in their official Discord for users to flag suspicious accounts and activity.

Fractal “will NEVER ask for you to send funds to any address, and there’s NO google form to fill out,” the company explains, while also reminding customers to “double check spelling of any links you see.” Pretty good rules of thumb to follow for anyone, to be honest.

NFT’s wild west culture — Given all the media hype, ridiculous stories of gains and losses, and speculative frenzy, the world of NFTs sort of resembles a digital wild west at the moment. Knowing this, we have to hand it to the people out there who embrace the utter absurdity of the culture, like this unofficial “official” Olive Garden NFT series. More of those and less of... whatever the hell these are, please.