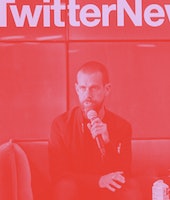 Monetizable Daily Active Users — One of Twitter’s most important benchmarks is what it calls “monetizable daily active users” (mDAU), a metric the company first debuted in its Q4 2018 reporting. For the last quarter of 2019, Twitter found that its average mDAU had risen to 152 million users, for a total of 21 percent of its total user base.

Twitter introduced the mDAU metric to measure how many of its users can make money for advertisers, setting it apart from companies like Facebook that collapse these numbers into one category.

Most of Twitter’s revenue is advertising — As long as Twitter remains a free-to-use website, the majority of its revenue stream is going to come from advertising. For Q4 of 2019, Twitter reported ad revenue of $885 million — 88 percent of its total revenue for the quarter. Most of this advertising revenue came from its U.S. market.

Underscoring ‘health improvements’ — Twitter’s report also makes some pretty bold claims about improvements being made to the site. For example, Twitter states in the report: “in Q4, we increased our efforts to protect the integrity of election-related conversations and proactively limit the visibility of unhealthy content on Twitter, resulting in a 27 percent decline in bystander reports on Tweets that violate our terms of service.”

It’s a bit of a stretch to call Twitter’s politician labels and banning of political ads a win for mental health. But we’ll take what we can get.

More like this
Andrew Paul
5.18.2022 7:32 PM
:(
Mastercard thinks forcing you to smile for capitalism isn't creepy at all
Will Gendron
5.17.2022 6:22 PM
Tech
Harry Styles is kicking off Apple's new series of livestreamed concerts
Will Gendron
5.18.2022 7:14 PM
Culture
Jordan Peterson’s awful Yumi Nu tweet got him chased off of Twitter