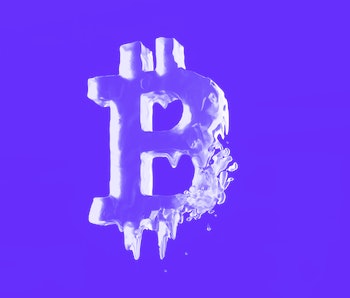 Update: Zipmex put out a statement on August 2 saying it allow users to withdraw specific tokens from their existing wallets.

Despite how things literally feel at the moment (hot), the ongoing crypto winter continues to march forward. Zipmex, one of the largest crypto exchanges in Asia, has become the latest company to announce a suspension of withdrawals, inciting a wave of uncertainty for both users and general investors in the industry.

The news was delivered over Twitter, and at the time of this writing, the tweet is suffering a sizable ratio — users are concerned that both the suddenness and severity of a decision like withdrawal suspension functions as a delay for the inevitable: financial restructuring or bankruptcy with little to no clarity on the future of one’s funds.

Coinbase is among the company’s investors, and as reported by The Block, had entered preliminary talks towards acquisition before deciding on a “strategic investment.” Interestingly enough these talks were reported at the beginning of June, just under two weeks before Brian Armstrong laid off close to 20 percent of his company.

Digital bank rush — The platforms and exchanges facilitating crypto transactions, which enjoyed an enormous period of growth in 2021 as optimism surged, are now suffering some of the earliest blowback from deteriorating value.

There was Celsius, followed by Voyager, and now Zipmex, but a number of other platforms have quickly suspended user activity all at once. Binance had a hiccup, stopping withdrawals temporarily, before restoring the functionality. Other, smaller exchanges like CoinFLEX operated in similar fashion, by pausing user withdrawals before resuming activity a few weeks later.

Bexplus, another platform that specializes in crypto derivatives, or futures trading for the some of the biggest digital currencies like Bitcoin and Ethereum, didn’t necessarily shutdown all at once, but it did give users a 24 hour period to withdraw their funds before stopping its service all-together.

If anything, the interconnectedness of the crypto space is being exposed to the public at large and a single hedge fund defaulting inevitably leads to cascading effects, threatening the entire system.

Perhaps the most concerning aspect of these platforms’ ability to shut down user withdrawals overnight is that people are given no warning. Days before Bexplus provided its 24-hour ultimatum, the company was offering sign-up bonuses for first time depositors, which begs the question: How can these companies be held accountable for basic transparency?

Maybe the answer will reveal itself when the dust settles, but apparently not before people suffer varying degrees of financial pain first.