Instacart workers are striking, and they want you to delete the app ASAP

“We are asking customers to delete the app today — because there is only one thing Instacart and its executives and investors care about: money.”

Instacart workers, in an open letter 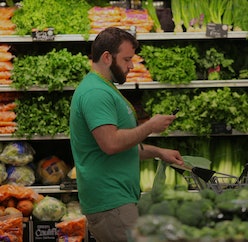 A sizable group of Instacart workers has organized a boycott against the gig-worker app, as they protest unfair wages and other labor issues. Workers are asking Instacart customers to delete the app, using the hashtag #DeleteInstacart across social media to bring awareness to the boycott.

In advance of this week’s boycott, organizers published an open letter through the Gig Workers Collective stating their demands. The letter links this week’s boycott to a series of highs and lows for Instacart workers this summer, especially in relation to the hiring of Instacart’s new CEO.

“In July, shoppers were optimistic for better treatment when Instacart hired a new CEO, Fidji Simo,” the organizers write. “That optimism, however, was short-lived, and it has become abundantly clear that Instacart remains true to its morally corrupt nature and will never do right by its shoppers.”

Five demands — Instacart workers are calling upon the company to overhaul how it treats its delivery workers, which comprise the backbone of Instacart’s daily operations. The workers’ demands are as follows:

A history of poor treatment — Instacart has had company-wide labor issues for quite a while — long enough that this isn’t the first strike its workers have organized. Last year, at the beginning of the COVID-19 pandemic in the United States, Instacart workers went on strike to protest the company’s lack of protection as the coronavirus spread across the country. Instacart mostly ignored that strike, saying it had “absolutely no impact” on the company’s bottom line.

In an economy where just about every gig worker is undervalued and underpaid, Instacart somehow manages to be exemplary in its mistreatment of workers. Now, as the company looks toward a potential IPO, workers hope to thwart its financial success if it continues to refuse their demands.

“It is crucial that we don’t reward its greed and exploitation with a successful direct listing,” the letter concludes. “Stand with shoppers and #DELETEINSTACART.”