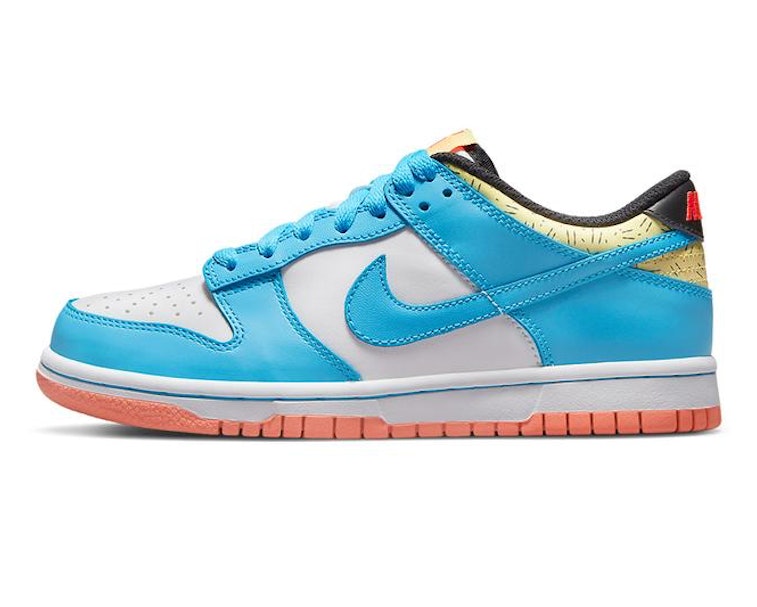 After calling his namesake sneakers “trash” — and later, taking that statement back — Kyrie Irving is putting his name on another Nike model. The Brooklyn Nets point guard is getting his own Dunk Low, making it one of the first non-athletic shoes he’s put his name on.

Irving, who is unvaccinated, previously made headlines at Nike (and elsewhere) when the brand fired employees who failed to receive their vaccine by a predetermined date. While the basketball player is not a Nike employee per say, it’s hard to argue his ties to the company aren’t profitable for everyone involved: Nike currently pays Irving roughly $11 million a year for on-court representation and signature sneaker sales, presumably including the upcoming Dunk. The brand has still not addressed Kyrie’s vaccination status and will likely remain quiet on the issue.

Dunk on ‘em — Throughout his partnership with Nike, the Brooklyn Nets player has routinely rocked the Dunk off-court, donning the sneakers while out and about or walking through the tunnel. Several of the Irving’s signature sneakers have also drawn inspiration from past Dunk designs, including those of fellow collaborator Travis Scott.

The athlete’s upcoming Dunk is done up in a palette similar to that of the “UNC” iteration, an ironic twist considering Kyrie used to play for the school’s longtime rival Duke University. A white leather base is complemented by light blue overlays, while up top, the collars are filled in with a pale yellow color. All-over “11” notations dance around the collar to nod to Irving’s jersey number.

Coming soon — So far, the Kyrie Dunk has only received official imagery for its children’s sizes, but photos of adult sizes are expected to surface soon — after all, it’s unlikely Irving can squeeze into a kid’s sneaker. Keep an eye out for the Dunk Lows on Nike’s SNKRS app, as well as in the tunnel: With a release anticipated soon, we may get an on-foot look at the sneakers courtesy of Irving himself.