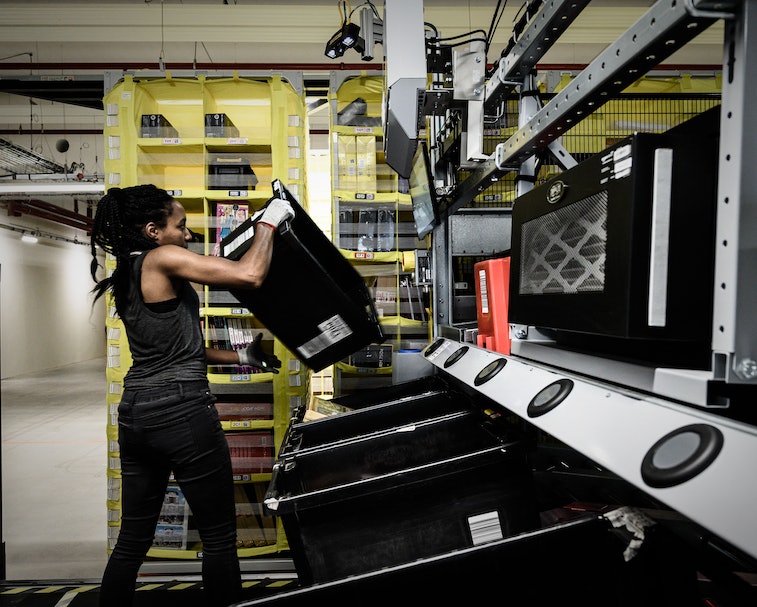 Amazon promised two weeks of paid sick leave for its warehouse workers who test positive for the coronavirus, but reports are emerging that suggest the company hasn't quite lived up to those promises. Amazon is invariably making it difficult for workers to get the money, or it's giving them less than it's supposed to.

The company was forced to begin offering paid sick leave to its low-wage workers after several reports surfaced indicating that the coronavirus was spreading through its fulfillment centers. It's not surprising, either: Workers are incentivized to continue working even if they feel sick because staying home means losing out on a paycheck they likely rely on to survive. Paid sick leave, therefore, keeps everyone safe.

Lipstick on a pig — But workers speaking to CNBC have said that managers at Amazon fulfillment centers are all handling the requests differently. Some require a doctor's note, which can be difficult to obtain for those who can't afford to go to a doctor, or in those areas where doctors are overstretched and it's hard to get an appointment.

Then, even when someone does manage to get approved for paid time off, Amazon is reportedly only paying some workers a portion of their regular paychecks. “We do not feel safe in our building anymore,” one worker said. “And the pay we do get if we test positive is only 60% of our pay. Amazon is not taking care of us.”

Amazon told CNBC that it's continuing to adjust its policies regarding paid sick leave and that it will start accepting self-diagnoses in lieu of doctor's notes. Still, workers who may be feeling sick right now might not exactly be reassured that they'll be able to take time off and get their full pay. The company declined to tell CNBC why some workers aren't getting their full pay.

Unionization is crucial — The whole situation just demonstrates why unionization is a good idea for Amazon's most vulnerable workers. Paid sick leave is important in any job, but it should be guaranteed for those who continue to work through the COVID-19 pandemic, especially when demand for their services is rising. Forming a union has been shown to be one of the only ways Amazon staff manage to get any leverage with the firm.

Amazon's e-commerce business relies on the workers who tirelessly pack boxes while getting pushed to meet intense quotas. Yet Amazon continues to show its appreciation through moves like threatening to fire people for failing to adhere to new social distancing guidelines, and fighting unionization efforts over at its Whole Foods business. But hey, at least it's delaying Prime Day, right?